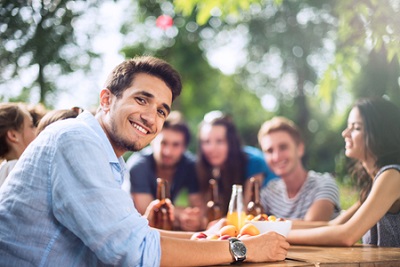 Bright!Tax is proud to support ACA’s residency-based taxation campaign that aims to alleviate the current requirement for Americans living abroad to pay US taxes on their worldwide income.

Every day, the team at Bright!Tax talks to expats around the world and hears first hand how their lives are affected by the US tax system.

ACA is a voluntary organization that has been advocating on behalf of Americans living abroad since 1978. It is best known for its campaign for the US to change to a residency-based, rather than citizenship-based, taxation system.

The new ACA campaign is called “Tax Fairness for Americans Abroad: An Idea Worth Fighting For!”. The campaign is asking American expats around the world to fill in a form to lobby the US House Ways and Means Committee to conduct hearings on the ways US tax laws are affecting the over nine million Americans who live abroad.

“ACA is best known for our push to get residency-based taxation enacted. This would mean that residents abroad would not pay US tax on foreign source income. This approach mirrors that followed by every other country on the planet except Eritrea. We are also advocating for a same-country-exemption from FATCA reporting, which would be a big help for Americans living in a foreign country.”

“ACA is best known for our push to get residency-based taxation enacted. This would mean that residents abroad would not pay US tax on foreign source income.” – Charles Bruce, ACA

“ACA is pushing almost daily on a wide range of matters, big and small. Big includes residency-based taxation. The focus at the moment is on getting Congressional hearings on the subject of taxation of Americans abroad. We were successful, with others, in getting a residency-based taxation bill introduced by Congressman Holding at the end of last year. This ‘broke the ice’ on the subject. What would be several times more impactful though would be getting hearings before the House Ways and Means Committee, or the Subcommittee Select Revenue Measures, on the broad subject of taxation of Americans abroad. We need everything to be put on the table. This will ‘smoke out’ all the very useful details. More importantly, with those details out in the open, Members will feel much more confident about moving ahead with the enactment of residence-based taxation.”

Bruce divides his time between Washington, London, and Lausanne, Switzerland, where he is Of Counsel to Bonnard Lawson law firm.

ACA also provides expats with an online tool to help them find support with achieving and maintaining US tax compliance from abroad at www.acareturnpreparerdirectory.com. The directory is due to be relaunched shortly in a modernized and expanded format. Bruce says about the US tax services directory:

“It’s an online, easily-searchable directory, listing all sorts of service providers that can be extremely useful for not just expatriate Americans, but also others, such as nonresident, non-citizens who one way or the other rub up against the gargantuan US tax system.”

US expats can get involved with ACA’s campaigns in two ways: by becoming an ACA member (n.b. Bright!Tax clients can become ACA members for a discounted fee of $35/year, compared to the normal fee of $70 / $55 for seniors), and by joining the Tax Fairness for Americans Abroad: An Idea Worth Fighting For campaign at: https://www.americansabroad.org/tax-fairness-for-americans-abroad-an-idea-worth-fighting-for/