Choosing an Expat Tax CPA – Everything You Need to Know 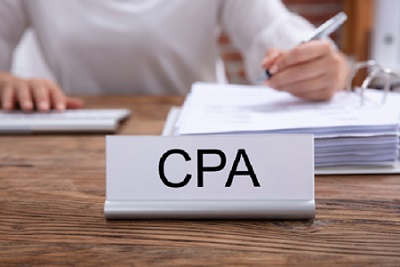 Americans living abroad are required to file a US tax return, reporting their worldwide income. This is true for expats who file foreign taxes too, and regardless of whether there’s a Tax Treaty between the US and the country of residence.

Filing a US tax return as an expat from abroad is more complex than filing in the US. This is because expats also have to claim one or more IRS provisions such as the Foreign Tax Credit and the Foreign Earned Income Exclusion to reduce (in most cases to zero) their US tax bill. They do this by filing additional forms. Expats also often have to report any foreign bank accounts, investments, and business interests they may have.

Should you use an expat tax CPA?

Expats have several choices when filing their US tax return. They can use a US-based accountant, do it themselves (possibly using a software such as TurboTax), or use an expat tax specialist CPA.

Some expats consider using the same US accountant who did their taxes when they lived in the States. There are risks with this scenario though, in that US-based CPAs aren’t normally aware of all the ins and outs of filing and reporting for expats, which can differ significantly from filing in the States.

Other expats consider doing their own US taxes, perhaps using a software.

“When your return is more complex, it’s worth hiring someone who can save you not only time and stress but also money.” – CNBC

The same potential issue arises in this scenario though, in that without specialist expat tax advice, it’s hard to know the best ways to file, or to be sure that you are definitely fulfilling all your reporting obligations correctly and in the most beneficial way possible

While some firms, such as TurboTax, provide software that expats can use, it can’t advise on the most beneficial way to file or on all the forms that need filing given your situation.

It is these drawbacks with the above scenarios (and particularly a lack of specialist knowledge and experience of expat taxes to inform filing) that lead many expats to seek assistance from a specialist expat tax CPA.

The next step is choosing an expat tax CPA who will be best placed to fulfil your requirements.

An online search will provide the names of several good expat tax CPA firms. It’s then a question of comparing them and contacting them to discern which is the best.

Factors to take into consideration are what their other clients have said about them in reviews, and in particular the qualifications, credentials, and experience of the particular CPA who you will be working with.

It’s important for firms to be able to provide you with the name and credentials of the specific CPA you’ll be working with, because if you don’t have access to a single expat tax CPA throughout the process, it can become frustrating when you have a question you need an answer to.

It’s also important to ensure that your tax preparer will be a CPA rather than a lesser qualified EA. Some firms claim that they are more or less the same thing, however they are not – EAs are not able to offer the same quality of strategic advice due to having done much less training (an EA qualification can be achieved in less than a year, compared to at least seven years to become a CPA!).

Furthermore, it’s important to know that your CPA has been practicing in the expat realm for at least several years, and also that they have been at the same firm for several years too, so you can have confidence that they are going to stick around and work with you into the future too.

Finally, it’s important that the firm you choose can provide a fixed and final fee assessment at the beginning of the process, to give you confidence that you won’t suddenly find price increases, extras, or add-ons, down the road.