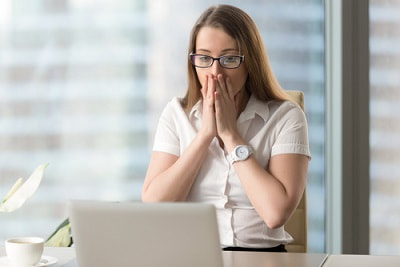 Many expats are surprised and sometimes alarmed to learn that they are still required to file US taxes from abroad, reporting their worldwide income.

To prevent double taxation, the IRS has put in place several exemptions that expats can claim when they file, such as the Foreign Tax Credit for expats paying taxes abroad, and the Foreign Earned Income Exclusion.

Filing US taxes from abroad has been an obligation for Americans since the Civil War, however it’s only since the 2010 Foreign Account Tax Compliance Act required foreign banks to report their American account holders (including balance details) that the IRS has been able to enforce it.

Furthermore, Americans who meet certain requirements also have to report their foreign financial accounts each year by filing a Foreign Bank Account Report, or FBAR.

Americans who have a total of over $10,000 in qualifying financial accounts held at foreign institutions at any time during the year are required to file an FBAR, which in practice is FinCEN form 114.

Qualifying accounts include any accounts with a cash balance such as bank and investment accounts) that an expat has control or signatory authority over, including joint accounts, and business accounts, even if the account isn’t in the expat’s name.

This means a lot can rest on whether expats have willfully or unintentionally not filed an FBAR. Half of the account balances per year multiplied by several years can in fact result in a penalty worth more than the expat’s total assets.

“The FBAR requirement is a product of the Bank Secrecy Act of 1970, but the section that requires filing of FinCEN Form 114 (formerly known as Treasury Form 90-22.1) has only been seriously enforced in the past decade.” – Accounting Today

U.S. vs Colliot was decided in a district court on May 16th, 2018, and found that a penalty of 50% of each unreported foreign account balance could still not exceed $100,000, despite the IRS publicizing that whichever was higher of the two would be the penalty due. The reason given was that the law stipulating that 50% of account balances (per year) could be due as a penalty without limit wasn’t properly written to overrule the previous maximum penalty of $100,000.

While of course the ruling could be overruled on appeal, if not the IRS will have to either get the law changed, or accept that the maximum possible FBAR penalty is in fact $100,000 per account.

The ruling particularly impacts wealthier expats (or other Americans) who were thinking of catching up using the Offshore Voluntary Disclosure Program, which would require them to pay 27.5% of their offshore balances, as they could be better off waiting for the IRS to fine them and paying just $100,000 (per account).

Most expats won’t face the higher FBAR ‘willfulness’ fines, however, the ‘non-willful’ fines are still steep at $10,000 per unreported account per year.

Thankfully the IRS has provided an amnesty program for expats who haven’t been filing FBARs because they weren’t aware that they had to.

The program is called the Streamlined Procedure, and it requires expats to file their last three federal tax returns and last six FBARs (as appropriate) and self-certify that their previous failure to file was non-willful.

Expats who catch up using the Streamlined Procedure before the IRS contacts them won’t face any penalties.