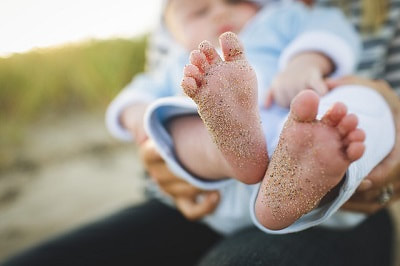 Americans living abroad are required to file a US federal tax return every year, reporting their worldwide income, the same as if they lived in the States.

The US is the only developed country that requires expats to file this way, and it is also the only country able to police the requirement, as it receives expats’ financial information directly from foreign banks and governments.

The good news though is that when expats file they can claim one or multiple exemptions, such as the Foreign Tax Credit and the Foreign Earned Income Exclusion that, depending on their circumstances, meaning most expats don’t end up owing any US tax. Expats always have to file a federal return to claim these exemptions though, otherwise the IRS considers them to owe US back taxes, even on their foreign income and even if they’ve already paid foreign tax on their foreign income abroad.

Many expats with foreign bank or investment accounts are also required to report them each year by filing a Foreign Bank Account Report, or FBAR. There is no additional tax liability relating to filing FBARs, it is simply a reporting requirement, however penalties for not filing them can be steep, so expats are advised to check whether they have to file.

When they file, expats with children can also claim Child Tax Credits, and the recent Tax Reform has changed the system in a way set to benefit many expats.

Previously, Americans with qualifying dependent children could claim up to $1,000 per child as a tax credit, meaning that if they owed US tax, they could reduce the amount of tax that they owed by $1,000 per child.

“Under tax reform, the Child Tax Credit may be worth as much as $2,000 per qualifying child depending upon your income – that’s twice as much as before.”
– TaxGirl, Forbes

Expats however often don’t owe any US tax after having claimed one or more of the exemptions mentioned above, and under the old system, expats with children who claimed the Foreign Tax Credit could claim the Additional Child tax Credit, which gave them a refundable tax credit of $1,000 per child, which is to say a $1,000 payment.

The Tax Reform though has effectively merged the two types of Child Tax Credit to create a new one in a way which will benefit many American expat parents starting from the 2018 tax year.

The new Child Tax Credit is worth $2,000 per child, with $1,400 of this refundable. This means that all expat parents who claim the Foreign Tax Credit can now claim this extra money each year.

– Children for whom expats claim it for must have a US Social Security Number (SSN) at the time of the claim.

– Qualifying dependent children must live with their parents for more than half the tax year, be 16 years old or younger at the end of the tax year, and must be either the expat’s son, daughter, stepchild, foster child, adopted child, brother, sister, stepbrother, stepsister or a descendant of any of these, so including grandchildren, nephews and nieces.

Expats who are behind with their US tax filing can catch up without facing penalties and still claim the exemptions available for expats under an IRS amnesty program called the Streamlined Procedure.

To catch up using the Streamlined Procedure, expats must file their last 3 tax returns, their last 6 FBARs (as required), and self-certify that their previous failure to file was non-willful, which is to say that they weren’t aware that they had to file.