Have Not Filed US Taxes In Years? Not To Worry, Apply The Streamlined Procedure! 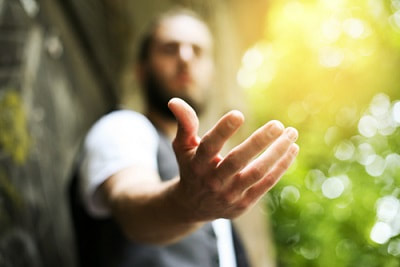 You are an American citizen living abroad and you have just found out, through one source and then anothersource that you are required to file US income taxes every year. Who knew? You may feel overcome with an angst and a fear that life abroad – once blissful and so secure – is about to change and change a lot.

While it is true that, indeed, as an American citizen you do need to file taxes with the United States on your worldwide income each year, the fact that you have not been compliant is not as ominous as it may at first seem. One often hears horror stories, mostly hearsay, of how this American or another’s life had been opened up and read like a book by the IRS. The reality though is not so scary. The IRS realizes that many Americans living abroad did not know of their obligation to file their US taxes and are offering a safe and worry-free path forward …

Making The Filing Of Back Taxes Taste Better

The IRS has served up a new program for Americans who are late or delinquent with the filing of their back taxes called the Streamlined Procedure. Let there be no doubt – this is not a kinder, gentler IRS that is granting amnesty for those who have been non-compliant. The IRS is acting in its own self-interest.

The IRS is aware that worldwide respect for the integrity of the US system of tax administration depends upon how the United States treats those who pursue a truthful and voluntary compliance with the filing and reporting of one’s US income taxes. A system of worldwide tax administration based largely on voluntary compliance cannot ignore the potential impact associated with the manner in which those who voluntarily comply, even if in a somewhat awkward fashion (late filers), are treated.

The Streamlined Procedure requires that Americans who are in arrears file only three years back taxes and six years’ worth of FBAR (Foreign Bank Account Reports). Better still, by using strategies like the FEIE (Foreign Earned Income Exclusion) the vast majority of American expat tax filers don’t actually owe any taxes.

For Americans who are not compliant and have not filed their requisite US taxes, the days of living off the grid are rapidly coming to a close. New FATCA laws (Foreign Asset Tax Compliance Act) require that all foreign financial institutions report to the US government who their American clients are or face harsh penalties. 100+ foreign countries have also entered into Intergovernmental Agreements (IGAs) to share personal data on their American account holders.

Those Americans who continue to have undeclared taxes on their worldwide income should immediately consult experienced, competent expat tax specialists. In each situation, the actual facts and circumstances must be carefully reviewed before anyone can determine the appropriate method of coming into compliance with the various filing and reporting requirements associated with the filing of US expat taxes.

Only one thing is certain, waiting for the IRS to find you first before coming into compliance is definitely not a recommended option …