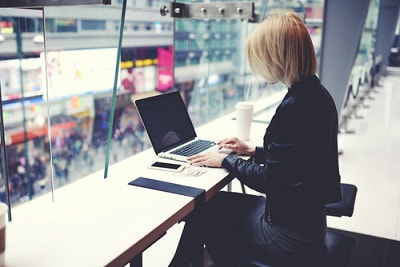 IRS form 5472 is a US filing requirement that affects some Americans living abroad who own or part-own corporations.

Both types of corporation can affect US expats. For example, if a US expat owns a US limited liability corporation together with their foreign spouse or a foreign business partner , even if it’s owned via a trust, and the corporation received or transferred money or property or other assets, the corporation must file form 5472.

Similarly, if a US expat’s business is registered abroad but trades in the US, again the corporation will be required to file form 5472.

Form 5472 requires disclosure of the name, address and citizenship of the owner, as well as details of the reportable transactions.

There is however a new rule regarding filing form 5472 that comes into affect in 2017 that will also affect a significant new group of expats.

Starting in January 2017, non-US residents that own 100% of a US corporation that makes any financial reportable transactions will also have to file form 5472.

So for example, expats that own property in the US, either as an investment or for family use, may well have set up an estate planning device whereby the property is owned by an LLC which in turn is owned by a foreign corporation or trust. While protecting the trust’s beneficiaries (normally the expat’s family) from estate tax, it’s also likely that the property remains under the radar of the tax authorities where the expat lives, where there may be separate estate, wealth, asset or property taxes.

“Form 5472 must be filed by 25% foreign-owned U.S. corporations, and foreign corporations engaged in a trade or business within the United States. Attach Form 5472 to the reporting corporation’s income tax return by the due date (including extensions) of the return.” – the IRS

In this scenario, up until now the LLC would not have had to file form 5472, however from January 2017, it does.

When announcing the change, the IRS stated that the new disclosure rule was intended to allow them to collect information for them to pass on to other governments, so affected expats should note that the change may have a significant impact on their tax situation.

That said, a potential loophole exists for expats in this situation who act quickly, as while this change in form 5472 filing requirements came into effect in January 2017, it only affects US corporations that still exist on December 31st 2017.

Which is to say that if you dissolve the corporation before the end of the year, the corporation won’t be required to file form 5472, and the information disclosed won’t be passed on to the tax authorities in your country of residence.

For those expats who do have to file IRS form 5472, it should be filed at the same time as the corporation’s annual tax return. In the case of multiple foreign owners who each own over 25% of the corporation, a separate form 5472 must be filed for each of them.

The penalty for not filing (or for incorrectly filing) form 5472 is $10,000 a year, so expats who aren’t sure whether they need to file 5472 or not should seek advice from an expat tax specialist.