FATCA: How the U.S. can lose friends and influence people to drop citizenship 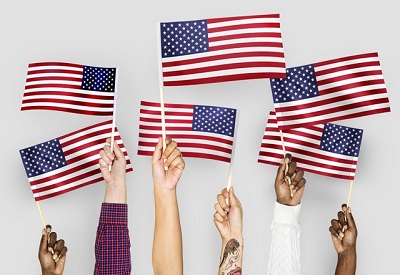 Beware the sledgehammer used to crack the nut. In this case, the nut is the U.S. government’s laudable goal of catching tax evaders. The sledgehammer is the overreaching effect of legislation that is alienating other countries and resulting in millions of U.S. citizens abroad being forced to either painfully reconsider their nationality, or face a lifetime of onerous bureaucracy, expense and privacy invasion.

The legislation is Fatca, the Foreign Account Tax Compliance Act. To appreciate its breathtaking scope along with America’s unique “citizen-based” tax practices, imagine this: You were born in California, moved to New York for education or work, fell in love, married and had children. Even though you have faithfully paid taxes in New York and haven’t lived in California for 25 years, suppose California law required that you also file your taxes there because you were born there …

Though you may never have held a bank account in California, you must report all of your financial holdings to the state of California. Are you a signatory on your spouse’s account? Then you must declare his bank accounts too. Your children, now adults, have never been west of the Mississippi. But they too must file their taxes in both California and New York and report any bank accounts they or their spouses may have because they are considered Californians by virtue of one parent’s birthplace.

Extrapolate that example to the six million U.S. citizens living around the globe. Many, if not most, don’t know about these requirements. Yet they face fines, penalties and interest for not complying—even if they owe no U.S. taxes, own no U.S. property, have no U.S. bank account and haven’t lived there in years—if ever.

A particularly alarming aspect of Fatca is that it seeks to co-opt foreign banks as long-arm enforcement agencies of the Internal Revenue Service—even when it might contravene that country’s own privacy or data-protection laws. If financial institutions don’t report U.S. citizens holding accounts with them, these institutions face a 30% withholding tax on securities transactions that originate in the U.S.

Given this threat, why allow an American, or even suspected American, to bank with you? The reporting costs, and the consequences of a mistake, are too onerous. It isn’t always obvious who’s a U.S. citizen, either. Many, like the very British mayor of London, Boris Johnson, are “accidental Americans.” He was born in New York, where his father worked for the U.N. And unless Mr. Johnson has actively renounced his citizenship, which requires an appointment at a U.S. Embassy, forms and fees, he is still an American citizen.

Mr. Johnson repudiated his American citizenship in a newspaper column once, but it’s far from clear that this would satisfy U.S. authorities. Mr. Johnson, have you filed your taxes and reported all your U.K. bank accounts to the U.S. Department of Treasury yet?

Foreign financial institutions trying to avoid these new requirements have two alternatives: to drop American clients, or don’t invest in the U.S. Neither scenario benefits America. And yet it’s hard to believe that Chinese financial institutions will acquiesce in reporting their clients’ account information to the U.S. Imagine the howls down the halls of Congress if China informed U.S. banks that they must report to China all of the bank accounts held by Chinese citizens in the U.S. or face penalties.

This infringement on the sovereignty of other nations has not gone down well abroad and has only served to reinforce the most negative stereotypes of America. To address this, the U.S. Treasury has been negotiating “Inter-Governmental Agreements” (IGAs) that promise reciprocity in return for compliance. But in a letter to Treasury Secretary Jacob Lew, Rep. Bill Posey—a member of the House Financial Services Committee from Florida—alleged that Treasury had exceeded its authority in promising reciprocal financial reporting to foreign nations. If Rep. Posey is wrong, U.S. banks will face enormous reporting requirements and costs. If he is right, the U.S. government will face enormous international embarrassment after having coaxed nations into signing IGAs.

The core injustice in America’s tax policy is that it is based on citizenship rather than residency. This novel approach is practiced by only two countries in the world: the U.S. and Eritrea. Ironically, then-U.S. Ambassador to the U.N. Susan Rice condemned this practice by Eritrea in 2011 as “the extortion of a ‘diaspora tax’ from people of Eritrean descent living overseas.” Many would describe U.S. practice in similar terms.

Dual citizens like me who live bi-continental lives are aware that there is no upside in our tax position. We are required to file in both countries, we pay taxes where the taxes are highest, and we can take none of the tax advantages either country has to offer.

But for many others, whose lives are only in one country—and that one country is not the U.S.—this type of taxation is particularly destructive. It forces honest people with affection for their ties to America to either keep quiet about their heritage, or spend potentially thousands of dollars a year to prove that they owe no U.S. taxes. Or, as is increasingly occurring, it forces them to give up their U.S. citizenship. The result is that the U.S. is turning millions of “good will” ambassadors into “bad will” ambassadors. Can any of this be good for America?