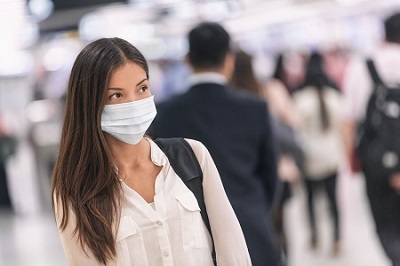 US expats are required to file a US tax return, reporting their worldwide income, wherever in the world they live.

The Foreign Earned Income Exclusion is an IRS provision that expats can claim that helps them reduce their US tax bill, often to zero, when they file from abroad.

This year though, due to the Coronavirus outbreak, Congress has approved Stimulus Payments to Americans, including expats, and the eligibility criteria may affect expats’ decision to claim the Foreign Earned Income Exclusion or not.

The CARES Act was passed on March 27th to provide financial assistance to American businesses and individuals affected by Coronavirus. Among the measures in the Act is a one-time Stimulus Payment to qualifying American individuals.

The Stimulus Payment is a maximum of $1,200 for individuals whose adjusted gross income is up to $75,000. A reduced amount is paid to those whose adjusted gross income is over $75,000 up to $99,000. These amounts and thresholds double for married couples filing jointly, assuming both spouses have a US social security number. Those with dependent children under the age of 17 also receive an extra $500 per child.

The payments are made automatically, either by direct deposit into a US bank account, or with a check being mailed.

“The stimulus payments are automatic for most taxpayers. No further action is needed by taxpayers who filed tax returns in 2018 and 2019 and most seniors and retirees.” – the IRS

Claiming the Foreign Earned Income Exclusion lets expats exclude the first $105,900 (in 2019) of their earned income from US tax.

Expats can claim the Foreign Earned Income Exclusion by filing IRS Form 2555. To qualify, they must demonstrate that they either spent 330 days outside of the US in a 365 day period that overlaps with the tax year, or that they were a permanent resident in another country.

Stimulus Payments are calculated based on expats’ adjusted gross income on their most recently filed tax return (i.e. either for 2019, or if they haven’t filed for 2019 yet, for 2018).

Expats who haven’t filed either year yet should seek advice from a US expat tax specialist, as there may be an amnesty program such as the Streamlined Procedure that they can use to catch up and still receive a Stimulus Payment.

The devil is in the details though, as expat parents who claim the Foreign Earned Income Exclusion can’t normally claim the Child Tax Credit.

Filing US taxes from abroad is more complex than filing from in the US, and expats nearly always benefit from advice from an expat tax specialist to ensure that they file to their optimum benefit.