How to File US Taxes from Abroad as an Expat 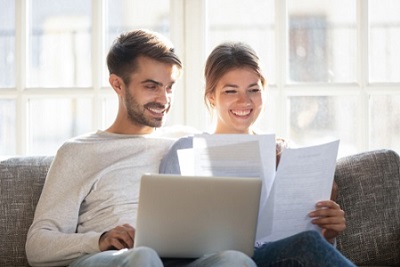 Living abroad is in many ways a pleasure and a privilege, however for American expats the experience is slightly marred by having to continue filing US taxes.

This is because the US taxes based on citizenship, so all US expats (who meet minimum income requirements) have to file, reporting their worldwide income, even if they have to file foreign taxes in the country where they live, too.

While the US has signed tax treaties with over sixty other countries, they don’t prevent Americans abroad from having to file a US return. Instead they outline how expats can avoid double taxation, most often by claiming tax credits when they file.

So what are the US tax filing rules for Americans living abroad?

Expats have to report their worldwide income on Form 1040, converting any income received in a foreign currency into US dollars. Expats can use any reputable currency conversion source, so long as they consistently use the same source.

Expats receive an automatic two month filing extension to June 15th, although if they owe any US tax at least an estimated amount still has to be paid by April 15th to avoid paying interest. Expats can request a further filing extension until October 15th too, if they need to.

Expats also have to report any foreign registered business interests they may have, and pay US taxes on foreign registered businesses’ profits, although once again expats can claim tax credits if they pay foreign corporation taxes too. Expats who own a foreign corporation should always seek advice from an expat tax specialist to ensure they stay as tax efficient as possible while also staying compliant.

“If you are a U.S. citizen, your worldwide income is subject to U.S. income tax, regardless of where you reside.” – the IRS

The rules state that any American who has a total of over $10,000 in foreign financial accounts (including foreign registered, checkings, savings, investments, pensions or business accounts) at any time during a year has to file an FBAR.

Filing an FBAR in practice means filing FinCEN Form 114 online. While there’s no tax liability involved, there are steep penalties for expats who should but don’t file FBARs, and the IRS also receives foreign account data from almost all foreign banks and investment firms, so it knows who should be filing.

Expats with a total value of foreign financial assets exceeding $200,000 also have to report them on IRS Form 8938.

Expats who pay foreign taxes on their income can claim US tax credits to the same value by filing IRS Form 1116 when they file their US tax return. As most other countries have higher income tax rates than the IRS, for most expats this will eradicate their US tax bill (and give them excess US tax credits that can be carried ten years forward or one year backwards.

Note that neither provision prevents expats from filing; in fact expats must file to claim them. Which it is best to claim depends on several factors, such as income levels and sources, and the country where expats live and their residency status.

For expats who don’t live in one of these countries, there may be other options to reduce social security taxes, such as by incorporating.

How can expats who are behind with their US tax filing from abroad catch up?

Some expats are behind with their US tax filing because they weren’t aware that they have to file US taxes from abroad.

In 2014, the IRS re-launched a program called the Streamlined Procedure to allow these expats to catch up and become compliant without facing penalties. The program allows expats to claim the Foreign Tax Credit or the Foreign Earned Income Exclusion retrospectively, meaning most don’t end up owing any US taxes either. Some in fact find they can claim refundable credits.

Filing from abroad is more complex than filing from the US, and expats almost always benefit from seeking professional advice.