The Foreign Earned Income Exclusion for US Expats with Student Loans 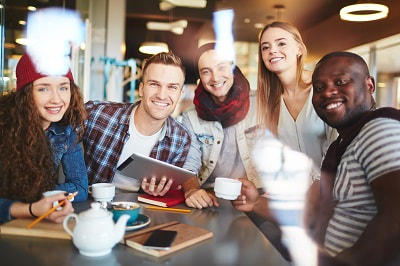 Moving abroad is the adventure of a lifetime, but if you have student loans it’s important to understand the consequences for expats.

This may mean opening an account at a US bank with a location where you’re moving to before you move abroad. (CitiBank and Chase have branches around the world.)

Another important consideration is whether it’s worth consolidating multiple student loans before you move abroad, as this could reduce your monthly payments. Or, if you’re struggling with repayments, you could consider moving to an income-based repayment plan.

If you’re moving abroad to work, having an income-based student loan repayment plan and claiming the Foreign Earned Income Exclusion could potentially reduce your monthly payments to zero.

US citizens and green card holders are still required to file US taxes from abroad, however thankfully there are some exclusions that reduce (or for most expats eliminate) their US tax liability.

In particular, the Foreign Earned Income Exclusion lets expats who can prove that they live abroad in one of two ways not pay US tax on about $100,000 of their income.

“You can’t escape student loan debt by moving overseas, and defaulting on your loan payments has long-term consequences that are difficult to shake off.”
– studentloanhero.com

To qualify, expats must prove either that they spent at least 330 days outside the US in a 365 day period that overlaps with the tax year, or prove that they are a permanent resident in another country.

To claim the Foreign Earned Income Exclusion, expats have to file form 2555 with their US tax return.

The interesting thing about the Foreign Earned Income Exclusion for expats who have an income-based student loan repayment program is that if they claim the Foreign Earned Income Exclusion and earn less than the FEIE threshold (around $100,000), and have no other income, their Adjusted Gross Income would be adjusted to zero. As a result, their monthly repayments (which are calculated as a percentage of their declared Adjusted Gross Income) would also be zero.

Expats should check with their student loan provider to see how changes in their Adjusted Gross Income could impact their repayment programs.

Reducing payments this way may seem like a great idea at first glance, however there are consequences in the longer term to be considered.

For example, if you aren’t making monthly repayments, interest will keep accruing, potentially leaving you with more to pay back later.

However, for expats with an income-based student loan who settle abroad permanently, this can be a way to effectively write off the whole loan, as if they are earning under $100,000, they will end up paying nothing until the loan is forgiven. They can actually earn a little over $100,000, as income-based repayments are actually calculated as a percentage of the difference between 150% of the poverty level and your Adjusted Gross Income for the whole term of the loan (normally 20 or 25 years).

This could, however, be a risky strategy, as it is difficult to predict changes in your income and country of residence over so many years, and if you fail to qualify for this repayment option in later years the loan may not be completely forgiven.

If the loan is eventually forgiven though, the total value of the loan and the interest accrued is considered income, so there will be a one-off hit for income tax (and since it’s not earned income, it can’t be excluded using the Foreign Earned Income Exclusion). While the value of the income tax owed will be much less than the total value of the loan and interest, the entire tax will be due and payable in one tax year and it may push you into a higher tax bracket for that year.

Also, during these years, if you’re married to a foreigner who is also earning, you would probably be better off not electing to file jointly.

So having an income-based student loan repayment plan may be a useful way for expats to delay payments, or, if they settle abroad permanently, to write off their student loan entirely.

We strongly recommend that expats check their repayment terms with their loan provider to determine whether this is viable though.