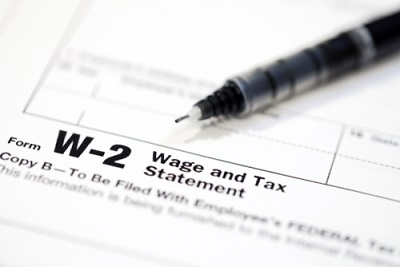 Millions of Americans are based abroad but work for an American company, and a common question they ask is whether they still need an IRS Form W-2 when filing their US taxes from overseas.

All American citizens and Green Card holders are required to file a US federal tax return every year, including those living abroad, even if they have to file foreign taxes too, or if there’s a tax treaty with the country where they live.

Working for an American company abroad

Whether Americans working abroad need to obtain a Form W-2 depends on a number of factors.

If you’re employed by an American firm, you will normally need Form W-2 if:

– you’re directly employed, rather than employed as a contractor, and

– you’re employed by a US based office of the firm, rather than an overseas branch or subsidiary registered in another country

If you meet both of these criteria, you’ll need a Form W-2 from your employer. If you’re employed by more than one US firm, each one should give you a W-2.

What is the foreign equivalent of Form W-2?

If you’re employed by a foreign firm or an overseas branch or subsidiary of a US firm, you won’t receive a Form W-2, however you will still need proof of your employment income and any foreign income tax deducted at source for when you file your US taxes.

Many countries have an equivalent form, for example:

Foreign W-2 equivalents showing foreign import taxes paid will normally show income received and taxes deducted at source in a foreign currency, rather than in US dollars, so they will need to be converted into US dollars before reporting in a US tax return.

“An employer prepares six copies of each form W-2 per employee. If, as the employee, you don’t want to receive paper copies and your employer has an appropriate system in place, you can opt to receive your forms electronically.” – Forbes

Note also that if you live abroad, you can file IRS Form 2555 to claim the Foreign Earned Income Exclusion which lets you exclude around $110,000 of your earned income from US tax if you live abroad. Alternatively, if you pay foreign income taxes at a higher rate than the US rate, it may be better to file Form 1116 and claim the Foreign Tax Credit, which lets you reduce your US tax bill by the same value of foreign taxes you’ve paid.

Either way, you still have to report your global income on Form 1040 every year.

Employers issue six copies of Form W-2, of which you as the employee receive three.

Form W-2 is a simple form to understand. On the left hand side of the form it contains your name, address and US social security number, as well as your employer’s name address and EIN number. Then, on the right hand side of the form you’ll find your total income and any income tax, social security tax, and medicare tax withheld, along with details of retirement contributions and other deductions.

If you have an in depth question about something particular on your Form W-2, a detailed box by box breakdown can be found here.

Working for an American firm abroad and social security taxes

However, if you live in a country that has signed a Totalization Agreement treaty with the US, you will only have to pay social security taxes to one of the two countries. Which one is defined in each treaty.

If you haven’t been filing your US taxes from abroad because you didn’t know that you had to, there is an IRS amnesty program called the Streamlined Procedure that lets you catch up without facing any penalties. If you have any questions about filing US taxes from abroad, seek advice from a US expat tax specialist.