Tax Considerations for American Citizens Moving Back to the US 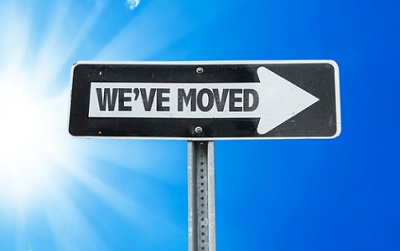 Over 9 million Americans live overseas, and every year the number is growing. Every year however, many Americans move back to the US, too.

All American citizens are required to file US taxes, reporting their global income, including Americans living overseas.

What happens when Americans move back to the US mid-year though? In this article we look at US tax considerations for American citizens returning to live in the States.

Americans filing from abroad receive an automatic two month filing extension until June 15. This gives them time to file foreign taxes first, should they need to. Once back in the States though, they will need to remember to file by April 15.

All American citizens, whether you live abroad or in the US, must report their global income to the IRS on Form 1040 every year, and this doesn’t change when expats move back to the US.

If you still have foreign income that is taxed abroad after you move back, such as rental income, distributions from investments, or bank interest, you can still claim the Foreign Tax Credit by filing Form 1116 to avoid paying tax on your foreign sourced income twice.

“When I look back now, one year later, I understand that I needed space, and time, to re-enter.” – Forbes

If you are employed abroad for the first part of the year, and work in the US for the remainder of the year, you can still also claim the Foreign Earned Income Exclusion or the Foreign Tax Credit for just the time when you were working abroad.

If your new US employer doesn’t take into consideration that you may have had foreign earned income in the same calendar year before the move, then it’s possible that they could be underwithholding from your paycheck, which can lead to an unexpected tax liability when you file your tax return.

To avoid this situation, it’s important to ensure your employer is aware of any foreign income you received before the move back to the States.

Any American who has over $10,000 in total in qualifying foreign-registered financial accounts at any time during a tax year is required to file a Foreign Bank Account Report (FBAR).

This rule applies whether you live in the States or overseas, so if the combined balances of your foreign financial accounts exceed the $10,000 threshold at any time during the year, you must still file an FBAR.

This is also true in subsequent years: if you retain investments, bank accounts or perhaps a pension account registered abroad, you may still have to file an FBAR.

Some expats move back to the States without having been filing from abroad, as they didn’t know they had to. Americans in this situation should catch up voluntarily as soon as possible, ideally before they return to the US using an amnesty program such as the Streamlined Procedure, to avoid facing IRS penalties and back taxes.

We strongly recommend that American expats moving back to live in the US seek assistance with their US taxes from an expat tax specialist to ensure they remain compliant and avoid headaches during or after the transition.