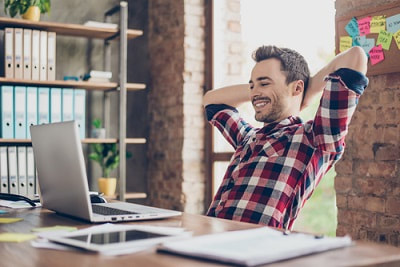 Moving abroad is a leap at least into the semi-unknown, however it’s much easier than it used to be. The vast amount of expat related info available online, along with the ability to find and connect with fellow expats, means that moving abroad is easier than ever before. But what are the best online resources for expats? In this brief guide we’ve focused on global expat resources in several important categories, however there are many other fantastic websites, blogs and forums dedicated to specific countries and regions that an online search can quickly reveal.

Expat Focus contains a range of information and articles, but its extensive, detailed country and city guides in particular are incredibly well-researched and detailed. They are written specifically with the expat (rather than tourists) in mind, and they cover areas including climate, banking, communications, living costs, pets, and property. With over 80 locations covered in detail, Expat Focus should be every new and would be expat’s first port of call.

Meet Up was launched in 2002 as a way for people to find like minded people to get together with based on location and interests. It now has 24 million members in 180 countries, and in all probability there are already groups of expats or like minded people that you can join in your new country. If not, you can simply start one. It’s a great concept, and while it’s not expat specific, it’s a fantastic tool to find new friends as you set out on your new life abroad.

Many expats are retirees, and International Living is hands down the best resource for people choosing to spend life’s golden twilight abroad. IL actually pre-dates the internet by over a decade, having started life as a magazine. While the magazine continues to thrive, the online side offers a wealth of useful practical information alongside articles, country guides, and tips for increasing income from abroad.

Expat exchange isn’t just a forum site (it also contains info on relocation, expat finance, visas, health, and real estate) however its forums are second to none. Arranged by country and with over 150 countries covered, you can either join in current threads or start your own. Forums provide a great opportunity for expats to get advice and meet other expats, and Expat Exchange is probably the most established and utilized around.

Along with country guides, classifieds, properties to rent, and job opportunities, Just Landed contains the most extensive directory of expat related businesses and services available. The several thousand businesses listed are categorized by both country and business type. The extensive list of business types includes language schools, dentists, repatriation, lawyers and bars. ​