Tradition of Switzerland as a US tax haven nears its end 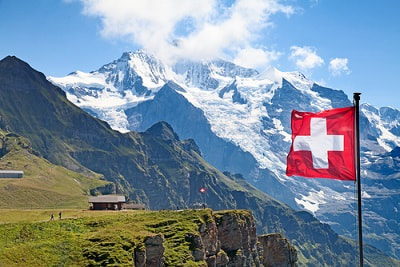 LONDON — A tax deal made by Switzerland and the United States this past week effectively puts an end to the status of the small Alpine country as a tax haven for wealthy Americans.

The watershed agreement, which came after more than three years of intense discussions between the two countries, is expected to punish Swiss banks that helped wealthy Americans hide money from US tax authorities in offshore accounts and to require them to disclose information about US account holders.

Even before the agreement, many banks in Switzerland had started to turn away American clients, fearing — at the least — additional administrative burdens from US authorities.

The agreement disclosed Thursday is expected to accelerate that trend and make it even harder for American expatriates in Switzerland to find banking services.

“It’s pretty close to the end for Swiss banking for wealthy Americans,” said Ben Jones, a principal associate at Eversheds law firm in London. “But then again, you had to be a pretty naive US taxpayer if you were thinking you could still hide funds in Swiss banks.”

The formal agreement, disclosed Thursday by the Justice Department in Washington and which was presented by the Swiss authorities on Friday, calls for stiff measures that lift the veil of Swiss banking secrecy. As part of the deal, banks will be required to provide details of accounts in which US taxpayers have an interest through treaty channels, to disclose all cross-border activities, and to close the accounts of Americans who are evading taxes.

The Swiss government said the deal allows Switzerland to draw a line under past tax disputes with the United States and to create some certainty for the Swiss banking industry. “It’s a solution we can live with,” Eveline Widmer-Schlumpf, the Swiss finance minister and president of the Federal Council, said Friday.

Without an agreement, the reputation of Switzerland as a financial center would have continued to suffer for years to come, she said. But she also said it was still possible that a bank could collapse under the financial burden of fines imposed by US authorities.