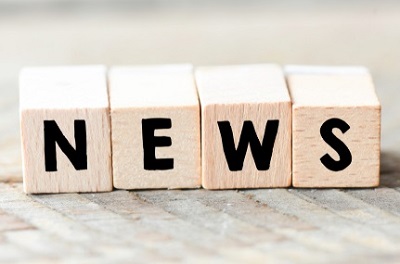 2021 is set to be another year of change in US taxes, with the Coronavirus pandemic still affecting both government and citizens, and the new administration planning significant law changes.

The IRS is investing in a year-long revamp of its IT systems, including Medicare and FATCA (more about FATCA later), as well.

In this article, we look at law changes expected this year relating to US taxes, and how they will affect Americans living abroad.

President Biden has had detailed plans for tax changes since before he was elected.

Proposed tax increases on individuals include reverting to the highest income tax rate (which was reduced in 2017) from 37% to 39.6%, increasing the capital gains tax rate to synchronize it with income tax rates, and reducing the estate tax exemption threshold while raising the rate.

The other headline proposed tax increase is to raise corporation taxes from 21% to 28%.

Now that Biden’s stimulus package has passed, his tax plan, alongside an infrastructure plan, is the next orders of business, and it appears that it will certainly be passed in some form this year.

American expats have to file US taxes too of course, and while they can reduce their US tax bill by claiming the Foreign Earned Income Exclusion and the Foreign Tax Credit, the proposed changes to individual income taxes would still affect many higher earning expats.

“The paper estimates that the top 1% of households fail to report about 21% of their income, with 6 percentage points of that due to sophisticated strategies including offshore tax avoidance.”

The plan does contain some good news for expat parents though, as the Child Tax Credit is due to be raised significantly, to $3,000 per child, all of which will be refundable, and so payable as a refund to expat parents. This refund would be available for those expats who claim the Foreign Tax Credit rather than the Foreign Earned Income Exclusion.

Advocacy organizations such as American Citizens Abroad see the new administration as a renewed opportunity to seek sweeping changes to the US tax system, and potentially to repeal FATCA, too.

The Foreign Account Tax Compliance Act was introduced in 2010. It requires foreign banks, pension and investment firms to report their US account holders directly to the US government. This allows the IRS to enforce the requirements for Americans to file US taxes from abroad and to report their foreign accounts by filing an FBAR.

With the IRS including FATCA in its IT upgrade plans however, it clearly doesn’t currently envisage it being repealed.

The dual obstacles to law changes to reduce expats’ US reporting requirements are the fact that expats aren’t a priority for the majority of Congressmen and Senators, and that changes that would reduce revenue are likely to be opposed by the Treasury.

GILTI and the Transition Tax are two taxes that were introduced in the 2017 Tax Reform and which affect Americans who own overseas businesses.

While introduced to target giant American corporations that had been avoiding US corporation taxes by registering offshore, the changes also captured American expat small business owners into the same net.

Monte Silver, a US attorney and small business holder based in Israel, has been fighting to obtain an exemption for small businesses from these taxes. He recently told Bright!Tax that, “The court heard final oral arguments on our motion for judgement in the Transition Tax suit on March 15.  As expected, the majority of the hearing went to procedural matters of whether I am authorized to bring the lawsuit. On the actual ‘merits of the case’, basically the Government admitted that it did not comply with any of the mandatory safeguards that were designed to protect small businesses when drafting the Tax Reform law.”

A judgement on March 28 dismissed the case on the grounds that Silver wasn’t affected by the law, however he plans to appeal the ruling.

Furthermore, the Biden tax plan includes removing a reduction on a 50% exemption on the GILTI tax, which is a tax on foreign registered business earnings that wouldn’t otherwise be taxed by the US.

Filing from abroad and catching up

With currency conversions, additional reporting requirements, and extra forms to claim exclusions and credits to avoid double taxation, filing from abroad is complex, and the majority of expats benefit from advice from an expat tax specialist.

Americans living abroad who haven’t been fulfilling their US reporting obligations because they weren’t aware of the rules can catch up without facing penalties under the IRS Streamlined Procedure program.