What Does the Biden Tax Plan Mean for Expats? 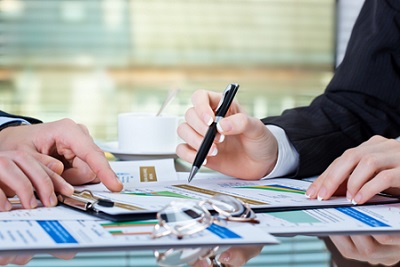 While the election result hasn’t been universally acknowledged and confirmed yet, it seems probable at this stage that Joe Biden will be inaugurated in January as the next US president.

All Americans, including those living abroad, are required to file US taxes every year, reporting their global income. Most claim IRS provisions such as the Foreign Tax Credit and the Foreign Earned Income Exclusion when they file and so don’t end up owing any US tax, but this doesn’t prevent Americans abroad from having to file.

Furthermore, expats often have to report their foreign bank accounts and investments.

As such, it’s time to take a closer look at how the Biden tax plan will affect US expats.

Many of Biden’s tax plans involve reversing changes made in the 2017 Tax Cuts and Jobs Act (aka the Trump Tax Reform).

For example, Biden plans to revert the highest rate of income tax from 37% back to 39.6%. Long-term capital gains tax and payroll tax would also increase for higher earners.

The Biden tax plan also includes a change to estate and gift taxes, with the rate rising from 40% to 45%, and with the untaxed exemption limit reducing from $11.58m to $3.5m.

So far, the changes outlined only affect higher earners. One proposed change that will affect many expats positively though is that Biden plans to increase the Child Tax Credit from $2,000 to $3,000, with the whole amount refundable, rather than the $1,400 that is currently refundable. An expanded Child and Dependent Care Credit would also contain a refundable amount.

“Eventually, this whole thing will get sorted out, and once the legal process is complete many Americans will be asking the same question: are my taxes going to change?” – Forbes

These changes mean that expat parents who pay foreign taxes and eradicate their US tax liability by claiming the Foreign Tax Credit could receive a $3,000 per child refund annually, potentially along with a further refund if they have qualifying childcare costs.

The Biden tax plan involves raising corporation taxes, although not to the same level that they were pre-2017.

The headline corporation tax rate was reduced from 35% to 21% in the 2017 Tax Cuts and Jobs Act. President Elect Biden plans to now raise it to 28%.

Expats with a foreign registered business are subject to another tax that was introduced in 2017 called GILTI (Global Intangible Low Tax Income). Currently, while GILTI can be offset with foreign tax credits claimed against foreign corporation taxes paid on company profits, foreign registered firms owned by Americans that have an American parent company can also claim a 50% discount on their GILTI bill, reducing the rate from 21% to 10.5%. Mr Biden plans to remove the 50% discount, so effectively doubling the GILTI tax rate for many foreign registered companies owned by Americans.

Mr Biden was vice-president when the dreaded FATCA law was introduced back in 2010, giving the IRS the means to enforce worldwide US tax compliance for the first time. FATCA also unintentionally created other issues for expats, such as making it harder for many Americans abroad to access banking and other financial services in their country of residence. Mr Biden hasn’t announced any intention to repeal FATCA or provide relief for Americans living abroad from having to file US taxes or report their foreign accounts or assets.

Whether or not Mr Biden can introduce his proposed tax changes depends on whether he controls both chambers of congress, and control of the senate will be decided by a run-off vote for Georgia’s two senate seats which is due to take place in January.

The result of the Georgia run-off is significant, as if the Democrats win both seats, they will have no obstacles to their tax plans. If not, it may be hard for them to make any tax changes.

American citizens living abroad should seek advice from an expat tax specialist to ensure that they remain compliant, avoid penalties, and file in the most beneficial way given their circumstances.

Expats who are behind with their US tax filing from abroad may be able to catch up without facing penalties or paying back taxes under an IRS amnesty program called the Streamlined Procedure.