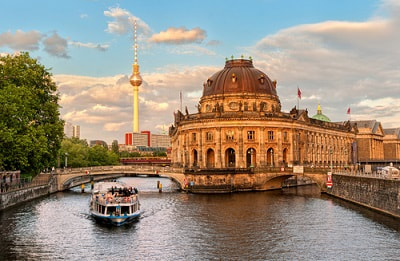 There are an estimated 210,000 Americans living in Germany.

Living in Germany is an incredible experience for a variety of reasons – the history, the eclectic culture, the food, wine, and beer, and the festivals to name but a few. As an American expatriate living in Germany though, what exactly do you need to know regarding filing US expat (and German) taxes?

The good news is that there are various exclusions and credits that US expats can claim when they file that reduce their US tax bill, most often to zero.

If your annual, global income exceeds US$12,550 (per individual) in 2021 ($12,400 in 2020), or $400 of self-employment income, or just $5 of any income if you are married to but filing separrately from a foreigner, then you are required to file Form 1040. While any tax you may owe is still due by April 15, expats get an automatic filing extension until June 15. This can be extended still further online until October 15 in needed.

“To improve the economic situation and infrastructure in the five ‘new’ eastern states of Germany, the German government is levying a 5.5% solidarity surcharge tax for an indefinite period. The surcharge is imposed as a percentage on all individual income taxes.”
– PriceWaterhouseCoopers.

There are several ways that Americans living in Germany can reduce their US tax bill, normally to zero.

The Foreign Tax Credit is normally a preferable option if you pay more tax in Germany than you would owe in the US, as you can carry the excess tax credits forward. Note that both of these provisions must always be actively claimed by filing the corresponding IRS forms with your US federal tax return.

For most types of income, the solution set out in the Treaty for US expats to avoid double taxation in Germany is that they can claim US tax credits against German taxes that they’ve paid on their income.

For income arising in the US though, they can claim German tax credits against income taxes paid to the IRS.

To claim US tax credits against German taxes paid, expats must file form 1116 when they file form 1040.

Dividends, Royalties, and Interest are are covered separately in the Treaty though. The Treaty states that Royalties and Interest will be only be taxed in the country where the person receiving them is a resident, regardless of where the income is sourced.

The Treaty also states that American researchers, teachers, professors, students and trainees on assignment in Germany for less than two years will continue solely paying US taxes

It is also worth mentioning that the United States – Germany Tax Treaty was amended in 2006 to allow the two countries to share tax information with each other automatically, meaning the IRS can see what German taxes American expats living in Germany are paying.

To claim a provision in the United States – Germany Tax Treaty (other than claiming US tax credits), expats should use IRS form 8833.

A separate agreement called a Totalization Agreement helps ensure that us expats in Germany don’t pay social security taxes to both governments, while their contributions made while in Germany can be credited to either system. Which country they pay depends on how long they will be living in Germany for.

German taxes – what you need to know

German tax returns are due by July 31st. If you’re employed by a German company though and your income is taxed at source, you are not required to file a return. That said, many people do anyway, as after claiming certain allowances (such as for child support) they may be entitled to a refund. The German equivalent of the IRS is called the BZSt (Bundeszentralamt für Steuern), and the German tax return form is called form ESt 1.

Americans are considered residents in Germany for tax purposes if they have a residence in Germany, or if they spend over 6 months in Germany in a single year, or a consecutive period of 6 months at all.

We strongly recommend that if you have any doubts or questions about your tax filing situation as a US expat living in Germany, that you contact an expat tax specialist.