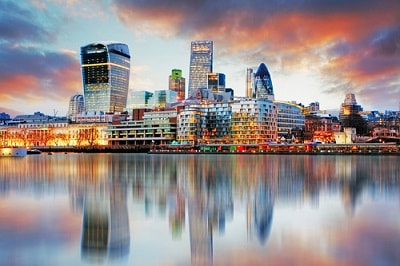 UK voted to leave the European Union (EU). The result was a surprise to many, as experts had been lining up to say that the UK would be worse off economically if it left. Just over a year on, it’s still a divisive issue in the UK, however the government formally triggered the start of the two year leaving process in March 2017, so it’s definitely going to happen.

While heated debate on the pros and cons of staying and leaving still rages among the Brits, many US expats are wondering what the implications for them are.

While after an initial wobble, stock markets took the result in their stride, the pound plummeted by 15% against the dollar more or less overnight, and despite having recovered a little now, it still remains historically low.

This presents a great boost for Americans living in the UK who are paid in dollars, as everything in the UK got a lot cheaper.

In particular, Americans who may have been considering investing in UK real estate are now in a much better position to do so.

One of the problems Brexit is causing in the short term at least is uncertainty over several issues, one of which is that no one is sure at the moment what rights UK citizens will have to travel in Europe in future. As such, Americans in the UK with a British spouse will be affected by this uncertainty.

“The U.S. and Britain have long enjoyed a special relationship because of their historical and cultural ties, but they may become even closer allies once Britain leaves the EU.” – USA Today

The likelihood though is that after Brexit Brits will simply have the same rights as US citizens to travel in Europe, which is to say they’ll have to start showing their passports and then be allowed in for around 90 days. It’s highly unlikely that any more serious restrictions will be introduced.

The UK/US tax treaty affects very few US expats in Britain, just some of those studying, teaching, or working as a researcher. There’s no indication or reason why the provisions of the tax treaty will change as a result of Brexit.

Contrary to the rather cooler attitude of President Obama, President Trump is keen to sign an FTA (Free Trade Agreement) with the UK as soon as possible. While it can’t be signed until the UK formally leaves the EU in 2019, once in motion it should result in in increased trade and business opportunities which US expats in Britain should be well placed to take advantage of. Details will no doubt emerge as negotiations progress over the next couple of years.

Expats in the UK who work for a US employer

Expats in the UK who work for a US firm may be affected by Brexit if their firm needs to relocate to continental Europe to ensure continued uninpeded access to the EU market. Some banks (or rather some departments of some banks) are almost certain to move for this reason, and any Americans working for them may soon have to choose between moving country for their job, or seeking a new opportunity in Britain or back in the US.

Expats living in the UK because they have an EU passport

Any Americans living in the UK because they have a passport from another European country may find their right to live in the UK affected by Brexit. The rights of ‘Europeans’ living in Britain as well as Brits living in Europe is another area of uncertainty currently, however this is going to be one of the first issues due to be resolved in the Brexit negotiations, so clarity should be forthcoming within the next few months.

In summary, in all probability, very few US expats living in the UK will be negatively affected by Brexit, while more stand to benefit from the twin upsides of a cheaper pound and the potential opportunities that should open up once a US/UK FTA is signed after 2019.