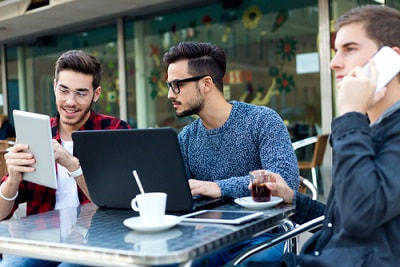 US expats are required to file US taxes from abroad, reporting their worldwide income, just like Americans living in the US.

Many expats believe that either a tax treaty or their income level may mean that they don’t have to file. Unfortunately though, all American citizens and green card holders who earn over $10,000 (or just $400 of self-employment income) are required to file an annual federal tax return.

To avoid double taxation, expats can claim one or more exemptions that the IRS has made available, such as the Foreign Earned Income Exclusion and the Foreign Tax Credit, depending on their circumstances.

Once they have done this, expats who own 100% of a foreign limited liability company also have to file form 8858 every year to report the details of the foreign corporation (although it’s profits will still be reported on the owner’s form 1040).

Expats who don’t file form 8832 to elect to have their foreign limited liability company classified as a disregarded entity have to file the much more onerous form 5471 each year to report their business details and profits.

“The classification of a foreign entity as a corporation, a partnership, or disregarded entity, potentially affects many aspects of U.S. taxation.”
– the IRS

FBAR for expats with a foreign business

Americans who have a total of over $10,000 in foreign bank and investment accounts at any time during a year are required to report them by filing FinCEN form 114, better known as a Foreign Bank Account Report, or FBAR.

Expats should note that the combined total of foreign account balances also includes any accounts that expats have signatory authority or control over, including business accounts, even if the account isn’t in the expats’ name.

How the Tax Reform affects expats with a foreign business