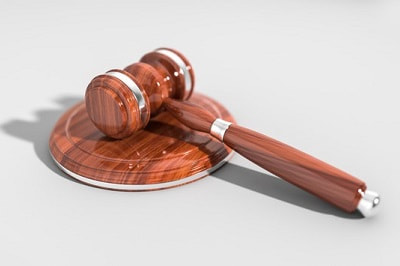 With President Trump’s former campaign manager Paul Manafort having been found guilty this week of eight out of the eighteen charges that he faced, the acronym FBAR has been in the news again.

An FBAR (Foreign Bank Account Report) is an important reporting requirement for Americans with overseas financial accounts, including millions of expats, many of whom may not be fully aware of what exactly the requirement entails.

Paul Manafort has been found guilty of failing to file FBARs, among other things. While Manafort is likely to receive a prison sentence for this offence, the minimum penalty for not filing an FBAR is $10,000 – per year – even if the offence was through ignorance of the rules.

Furthermore, the IRS knows who should be filing FBARs because almost all (currently around 315,000) foreign financial firms are reporting their American account holders directly to the IRS, including balance and contact details.

Because FBAR penalties are so high and FBAR rules are so complex (Manafort wasn’t found guilty on three further counts relating to FBARs partly because the jury struggled to comprehend the rules well enough to decide), we thought it worth examining what all US expats can – and should – learn from the Paul Manafort case.

All Americans are required to file a federal tax return each year if they earn over $10,000 (or just $400 of self employment income), reporting their worldwide income. It doesn’t matter whether they live in the US or abroad, they are still required to file.

Expats can claim certain exclusions, such as the Foreign Tax Credit (for those paying foreign taxes abroad) and the Foreign Earned Income Exclusion to reduce or for most expats eliminate their US tax liability, but they still have to file to claim them.

American expats are also subject to certain extra reporting requirements, such as filing an FBAR to report their foreign financial accounts, and filing form 8938 if they have over $200,000 (per person) of foreign financial assets.

Be honest and transparent

The IRS knows which expats should be filing, as well as quite a lot about their finances, as foreign banks and governments are providing this information directly, so living abroad doesn’t mean that expats are beyond the US government’s reach. Lesson 1 – there’s no point in lying.

“Prosecutors charged Manafort with four counts of failing to report so-called Foreign Bank Account Reports, or FBARs – one count for each year from 2011 to 2014.” – Reuters

Paul Manafort was a wealthy man who created a web of international companies and accounts to hide his wealth and pay less tax. Ultimately this strategy of creating complexity backfired: rather than confusing the IRS, it simply gives the impression of someone trying to hide something and evade taxes. The second lesson for expats is to always be transparent and honest in their financial strategies and structures and in their dealings with tax authorities. As a more everyday example, transferring sums randomly between bank accounts in different countries doesn’t look good later either, and neither does luxury expenditures while reporting only modest income levels.

The basic FBAR filing rule is that expats with a total of at least $10,000 in foreign accounts that they have control or signatory authority over at any time during a tax year over are required to file an FBAR year to report all their foreign accounts.

Types of foreign accounts include checking and savings accounts, and almost all types of brokerage and investment accounts, including many foreign pension plans and mutual funds.

This is straightforward, however the picture get a little cloudier because qualifying accounts don’t have to be in an expat’s name, but they still qualify if an expat has control or signatory authority over them, or, in the case of trust accounts, benefits from them.

This is where Paul Manafort slipped up: many foreign financial accounts owned by companies were cited that he didn’t nominally have any role in or signatory authority over, however the IRS has emails showing that he instructed payments from these accounts which were then executed, implying that he had control over them, and so should have filed an FBAR and reported them.

Many expats may own (or work for) a business with an overseas bank account that they can authorize payments from, so the balance from such as account should be included when deciding whether they need to file an FBAR.

Now for the good news

The first piece of good news is that it is relatively easy to file an FBAR. An FBAR is actually called FinCEN form 114, and FBARs should be filed online before October 15th in the year following the relevant tax year.

Secondly, expats who have missed filing previous years’ FBARs (or federal tax returns) can catch up without facing any penalties under an IRS amnesty program called the Streamlined Procedure, so long as they do so before the IRS contacts them.

We recommend that expats who are behind with their FBAR or US tax filing catch up at their earliest convenience. If in doubt, they should contact a reputable US expat tax specialist for advice.