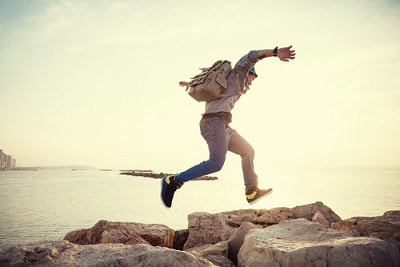 … and new possibilities abounded. It was entrepreneurialism in pure form.

– Folks picking themselves up and, often out of necessity, venturing to places unknown.

It seems everything exciting that is happening economically in the world right now is in the emerging economies – Brazil, Russia, India, China (or BRICs as they’re collectively known) and many other countries whose booming economies and business friendly environments are attracting some of the best American entrepreneurial talent in droves.

High school experience, indeed. With the offshoring of the American middle class through globalization, there’s an emerging smart-set of young (and often not so young) Americans who are embracing globalization as the next opportunity – as the new frontier to be exploited and explored. No longer are these spirited young minds relegating themselves to lesser prospects in an emerging low-wage service economy in the US.

With their entrepreneurial and pioneering spirit they’re pulling up stakes and going global – and as the world continues to shrink (through ever increasing technology), the idea of offshoring one’s abilities has become much less daunting than it may have been in times past. The polling organization, Gallup, has gleaned statistics from some 135 countries and the numbers and not just eye catching, they’re eye-popping .

While the United States of America was at one point (and actually still is) a magnet for foreigners in search of work, the statistics make it clear that an opposite trend is quickly picking up steam. “There’s a feeling among more entrepreneurial Americans that if you really want to get anything done, you have to get out of country and away from the depressing atmosphere,” Bob Adams of America Wave tells Reuters Magazine. “There’s a sense of lost direction, so more people are looking for locations that offer more hope about the future.”

Well, count me among the new pioneers I suppose. A few years ago, having read the tea leaves and reaching my own conclusions, I took the decision to expatriate – and haven’t looked back since. I’ve been living abroad and have discovered that the world outside the US is both endlessly fascinating and ripe with opportunity. All the gloom and sadness about all matters ‘American’ become more and more distant as my horizons are focused anew and continually expand – toward globalization and opportunities that lie before me that seem endless.