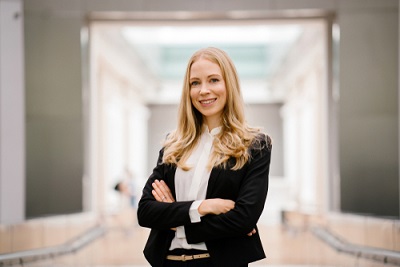 On Friday May 28, the White House sent its fiscal year 2022 budget request to Congress. The headlines are calling it a $6 trillion budget, however the eye-watering $6 trillion figure covers proposed spending for the next decade, rather than just for 2022. Furthermore, the budget contains the two domestic proposals that have already been announced (The American Families Plan and the American Jobs Plan), so it really contains ‘only’ $300 billion of additional spending for 2022.

The crux of the plan is a significant injection of spending on national infrastructure, transitioning to a green economy, education, childcare, and defense.

It is proposed that the investment will be paid for by a combination of borrowing, tax increases, and enhanced tax collection achieved through updating IRS systems and recruiting and training more specialist IRS agents.

Historically however, it’s been harder in practice to raise large amounts of additional revenue through tax increases and enhanced tax collection than in theory. As a result, critics say that the proposed increase in national debt will inevitably be much larger than the budget suggests, leaving the nation at risk of economic difficulties if debt servicing costs increase from their current low levels (and they’ve already increased since some of the proposals were drafted earlier this year).

It’s also worth noting that the proposal in its current form almost certainly won’t be approved. Instead, it should be viewed as a statement of the new administration’s priorities, and the opening salvo in what may well be a protracted negotiation.

If the proposal was passed in its entirety though, how would it affect the nine million Americans living abroad?

“The topline budget request for 2022 is $6 trillion. But of this, only $300 billion is new spending requested for next year.”- CNBC

How would the American Families Plan affect expats?

All American citizens have to file US tax returns every year, so US tax changes affect expats too.

The American families Plan contains provisions to increase state funding on education and childcare, and some personal tax increases to pay for it.

While the plan extends the expanded Child Tax Credit first announced in the American Rescue Plan until 2025, it’s not clear yet whether expats will qualify, as the original Child Tax Credit expansion for 2021 was only available for Americans who spend at least six months in the US in the year.

The proposed tax increases will only affect some higher net worth American expats meanwhile, with a reversion of the top income tax rate to 39%, and a dramatic increase in capital gains and estate tax after a $1 million allowance.

It’s however unlikely that the American Families Plan will be passed in anything like it’s current form.

How would the American Jobs Plan affect expats?

It is due to be funded by an increase in the corporation tax rate, from the current 21% to 28%.

There is also a proposed doubling in the GILTI tax rate that Americans with foreign corporations (including expats) pay, from 10.5% to 21%. While this can be offset by expats who pay foreign corporation tax using certain elections, many expats with a foreign registered corporation will nonetheless end up paying more tax or no longer be entitled to High Tax Exemptions like they currently are.

The American Families Plan also contains significantly boosted IRS funding, with the aim of collecting more tax that currently isn’t being paid but should be.

Expats should note that the plan aims to increase international enforcement, which implies that the new administration has no intention of reducing the US tax reporting burden for Americans abroad.

Americans who are behind with their US tax filing because they weren’t fully aware of, or didn’t fully comprehend, the requirement to file from abroad can catch up without facing penalties thanks to an IRS amnesty program called the Streamlined Procedure.