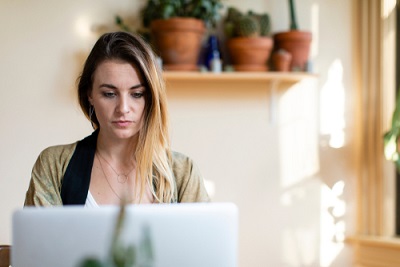 Had enough of filing and paying US income taxes? Have you thought about moving beyond all the hassle and yearly effort just to remain compliant with US taxes and regulations by giving up your US citizenship? The idea, though perhaps well founded, now requires even more careful consideration than ever before. The new and pending Ex-PATRIOT Act will permanently banish some individuals who renounce their US citizenship from ever setting foot on US soil again.

It is malevolent, it is brusque and rude and is the sort of knee-jerk reaction that is borne out of desperation and has come to be expected from the US and its ever-increasing struggle to maintain control over other peoples’ lives and, more importantly, the towering house of cards that is the United States debt .  It’s almost Kafkaesque in its seeming nightmarish assertion that if one chooses to renounce one’s citizenship, then a whole host of penalties must follow – including permanent banishment from the United States, itself.

The essentials of the legislation are as follows –

·         If one is deemed to have renounced one’s citizenship in order to avoid US taxes, they will be permanently banished from re-entering the United States. This is an administrative and arbitrary decision and provides no recourse for the individual.

·         Henceforth, if this same individual realizes capital gains from investments in the US economy, that individual is to be taxed at a rate of 30%. As is, no non-US citizen who does not live in the States pays any capital gains at all.

·         This legislation is retroactive – and when it’s passed it will apply to all former US citizens who had renounced their citizenship within the last ten years.

In a Sunday interview with ABC News, House Speaker, John Boehner, chimed in with his support of the bill – a big step towards its eventual passage.

Every American, whether living Stateside or abroad, takes every reasonable advantage to relieve their tax burden.  It’s not considered un-American, in fact it is proscribed by the IRS, itself, explained on the IRS website in its commentary on the difference between tax avoidance and tax evasion –

The term “tax avoidance” describes lawful conduct, the purpose of which is to avoid the creation of a tax liability in the first place. Whereas an evaded tax remains a tax legally owed, an avoided tax is a tax liability that has never existed.

The Schumer furor is all about his taking umbrage over Eduardo Saverin, a founder and early investor in Facebook, who renounced his US citizenship and now resides in Singapore, before his windfall gain of some billions with Facebook’s IPO. Saverin was not even born in the States. He is from a wealthy family in Brazil and, during his tenure at Harvard, befriended and helped financially back Mark Zuckerberg and his Facebook project.

This is a young man whom the United States should be celebrating for his own good fortune and his contribution to our economy – Instead he’s been castigated and threatened with banishment, penalties and vilified. This is not the spirit of enterprise that the United States normally embraces and was founded upon.  Rather, it comes off as seething envy that motivates Schumer and Casey and their legislation is a slap in the face of entrepreneurialism.  Schumer’s posture is, ‘how dare Eduardo Saverin succeed beyond his wildest dreams! How dare he continue his entrepreneurial pursuits in a place like Singapore!’  For Schumer and Casey it is shameful.  It’s the sort of behavior that should be punished and made an example of for others who might ‘dare’ to aspire to great things.