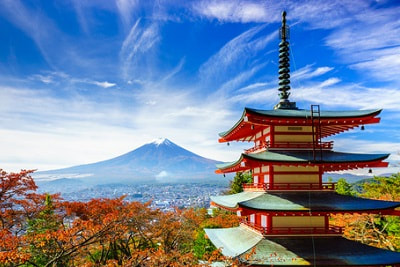 There are an estimated 50,000 Americans living in Japan.

Living in Japan is an incredible experience for a variety of reasons – the culture, history, landscapes, and the cuisine, to name but a few. As an American expatriate living in Japan though, what exactly do you need to know regarding filing US expat (and Japanese) taxes?

The good news is if you are paying income tax in Japan, there are various exclusions and exemptions available to prevent double taxation.

There are several ways that Americans living in the Netherlands can reduce their US tax bill, normally to zero.

The two main ones are the Foreign Earned Income Exclusion, which lets you exclude the first around US$100,000 of foreign earned income from US tax if you can prove that you are a Japanese resident, and the Foreign Tax Credit, which gives you a $1 tax credit for every dollar of tax you’ve paid in Japan. The Foreign Tax Credit is normally a better option if you pay more tax in Japan than you would owe to the IRS, as you can carry the excess credits forward for future use. Note that both of these provisions must always be actively claimed by filing the corresponding IRS forms with your US federal tax return.

The US-Japan tax treaty was one of the first international tax treaties that the US signed. The first version was signed in 1954, with later versions signed in 1972 and 2003. A further update protocol covering software companies added in 2013, and a final update was ratified in July 2019.

The United States – Japan Tax Treaty covers double taxation with regards to income tax and capital gains tax, however, due to a ‘Saving Clause’ in Article 1 (paragraph 4), the benefits are limited for Americans expats living in Japan.

The treaty does ensure though that no one will pay more tax than the higher of the two countries’ tax rates, and it also defines where taxes should be paid , which normally depends on where the income arises.

The way for US expats to avoid double taxation on their income arising in Japan is to claim US tax credits to the same value as Japanese income taxes that they’ve already paid.

For income arising in the US, Americans in Japan can claim Japanese tax credits against income US taxes paid to the IRS.

To claim US tax credits against Japanese taxes paid, expats must file form 1116 when they file their federal tax return. By doing this, the vast majority of US expats in Japan won’t end up owing any US income tax.

The US-Japan Tax Treaty also contains a clause that allows the Japanese government to send US expats’ Japanese tax information directly to the IRS, as well as their Japanese bank and investment account balances.

To claim a provision in the United States – Japan Tax Treaty (besides claiming US tax credits), expats should use IRS form 8833.

A separate agreement called a Totalization Agreement helps US expats in Japan not to pay social security taxes to both the US and Japanese governments. Their contributions made while in Japan can be credited to either system. Which country they pay to depends on how long they will be living in Japan for.

Japanese taxes – what you need to know

If you are considered a permanent resident in Japan, defined as having had a permanent home in Japan for at least five of the last ten years, you are liable to pay Japanese income taxes on your worldwide income. Non-permanent residents meanwhile are foreigners who are employed in Japan or have lived in Japan for at least a year but less than five out of the last ten, and are taxed only on income arising or received in Japan. Non-residents are individuals who don’t qualify as either of the above but have income arising in Japan, and they are only taxed on their Japanese income.

The Japanese tax year is the same as the American, with tax returns due by March 15th.

As well as national income tax, Japan also has an inhabitant tax paid to local municipal authorities which is normally 10% of income.

Expats in Japan who are behind with their US tax filing because they were unaware of the requirement to file from abroad can catch up without facing penalties under an IRS amnesty program called the Streamlined Procedure, so long as they do so before the IRS contacts them about it.

We strongly recommend that if you have any doubts or questions about your tax situation as a US expat living in Japan that you contact a US expat tax specialist.