US Tax Tips For Americans Who Retire in Japan 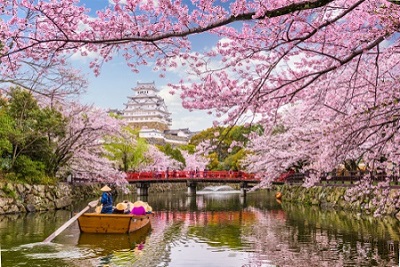 The US recently released data on the foreign countries where the most Americans who claim US social security checks live that showed that Japan is, in some ways surprisingly, the second most popular retirement destination for Americans abroad after Canada (and above Mexico).

This is partly due to the large number of Americans who spend time in Japan with the military, or as a civilian contractor supporting the military, many of whom fall in love with Japan and choose to retire there.

Okinawa in particular offers a warm climate, low crime rate, and an easy and affordable lifestyle. The military has various assistance programs that can help military personnel plan for the transition to civilian life after service, including help finding a job and getting a residence visa. Planning for retirement should ideally start many years earlier in terms of pensions and investments though. In this article we provide some tax tips for Americans who retire in Japan.

Americans living abroad are still required to file US taxes on their worldwide income. Japanese residents are required to file Japanese taxes on their worldwide income too. There’s a US-Japan tax treaty, but it doesn’t protect most Americans living in Japan from having to file both tax returns. Instead, most Americans who retire in Japan will file their Japanese tax return first (due by March 15th), then their US return. When they file their US return, they’ll claim the Foreign Tax Credit to claim US tax credits to the same value as the Japanese taxes they’ve paid and so eradicate their US tax bill.

Americans who retire in Japan may also have to report any Japanese bank and investment accounts they have by filing a Foreign Bank Account Report (FBAR).

Americans who retire in Japan can still receive US social security payments, if they qualify to receive them.

A minimum of 40 social security points or credits are required to qualify.

“The number [of Americans retiring abroad] grew 17 percent between 2010 and 2015 and is expected to increase over the next 10 years as more baby boomers retire.
” – CBS News

Benefits can be paid into a US bank account, received by cheque, or paid straight into a Japanese bank account.

Up to 85% of US Social Security payments may be considered taxable income in both the US, as well as in Japan.

3 – Pensions and other income

Most pension distributions are considered taxable income in both countries, other than from certain qualifying plans such as Roth IRAs.

Investment income (including from shares or property rental income) is also considered taxable in both countries, however, as already mentioned, tax credits can be claimed when expats file to prevent double taxation.

A home owned by an American in Japan will only become taxable in the US at the time when it is sold, at which point any profit made on the home may be considered to be taxable income. (The personal residence exemption which reduces the taxable gain by up to $250,000 USD, or $500,000 for joint filers, is also available for the sale of a Japanese residence).

Each expat’s circumstances are unique, and there are many facets to filing US taxes from abroad. Further factors may include reporting financial assets, estate planning, and some Americans who retire abroad may also have to continue filing state taxes in the US, depending on the rules of the state where they last lived (which often, but not always, relate to what if any ties they maintain there).

Retiring abroad can offer many benefits, however Americans who retire in Japan who have any questions or queries relating to their US tax obligations should always consult with a US expat tax specialist firm to ensure that they avoid any run ins with the IRS down the line.

Expats who have been living abroad but not filing US taxes may be able to catch up without facing any penalties under the IRS Streamlined Procedure amnesty program.