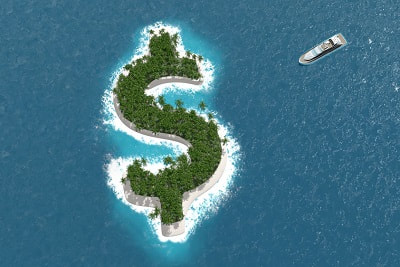 The IRS has announced the imminent end of the Offshore Voluntary Disclosure Program that allows expats who aren’t compliant with their filing and offshore account and asset reporting to catch up and avoid prosecution.

Acting IRS Commissioner David Kautter said: “Taxpayers have had several years to come into compliance with U.S. tax laws under this program. All along, we have been clear that we would close the program at the appropriate time, and we have reached that point. Those who still wish to come forward have time to do so.”

Expats who wish to disclose their foreign assets or accounts under the program have until September 28th 2018.

But what exactly are US expats required to report?

US tax and FBAR filing requirements for expats

All American citizens and green card holders who earn over $10,000 (or just $400 of self-employment income) are required to report their worldwide income every year by filing a federal tax return, regardless of whether they live in the States or abroad. The US is the only major nation that requires its expats to file in this way.

Americans are also required to report their foreign bank and investment accounts if the total, combined account balances, including any accounts that they have signatory authority or control over even if not in their name (e.g. joint, trust, or business accounts), exceeds $10,000 at any time during a tax year by filing a Foreign Bank Account Report, or FBAR.

Furthermore, expats who have foreign assets with a total value of over $200,000 at any time during the year are required to also declare them on form 8938. Qualifying assets exclude tangible assets such as property or cars.

Expats who aren’t up to date with their US tax, account, and asset reporting can face astonishingly high fines, so expats often choose to become compliant using an amnesty such as the Voluntary Offshore Disclosure Program.

Who is the Offshore Voluntary Disclosure Program for?

“Taxpayers have had several years to come into compliance with U.S. tax laws under this program. All along, we have been clear that we would close the program at the appropriate time, and we have reached that point.”
– Acting IRS Commissioner David Kautter

The Offshore Voluntary Disclosure Program allows Americans with unreported assets, income or investments held abroad who aren’t already under investigation by the IRS to come forward, declare them, and become compliant.

The program is designed for people who may otherwise be exposed to criminal or severe civil penalties. This includes those who were aware that they should have been reporting their foreign assets, investments or income but instead took steps to conceal these from the IRS, such as transfers between multiple accounts for example, or having filed incomplete or inaccurate tax returns or FBARs.

Under the program, these expats must file (or re-file) their last 8 years of tax returns and FBARs, pay any back taxes and interest due, pay a fixed penalty, and so long as they have been honest and fully disclosed their finances they will be then be guaranteed immunity from any further criminal or civil penalties.

Are there other options for expats who are behind to catch up with their US filing?

Many ordinary expats are behind with their US filing though simply because they weren’t aware of the requirement for them to file, rather than their having been consciously concealing anything from the IRS.

For these expats, another program exists called the Streamlined (Offshore) Procedure.

The Streamlined Procedure allows expats who weren’t aware of their US filing requirements to catch up without facing any penalties. Most expats who catch up using the Streamlined Procedure don’t end up owing any tax, while also gaining the peace of mind of knowing that the IRS won’t suddenly come knocking with a huge bill (in some cases they can actually revoke US expats passports for non-compliance).

To catch up using the Streamlined Procedure, expats must file their last 3 tax returns (and they can claim the exemptions available for expats such as the Foreign Tax Credit and Foreign Earned Income Exclusion) that in most cases mean they won’t owe any US tax), their last 6 FBARs (if applicable), and self-certify that their previous failure to file wasn’t willful avoidance.

Expats with just one or two missing tax years on the other hand can simply back file them.

Expats who don’t catch up risk the IRS (which now has access to most foreign bank and tax information) writing to them to ask why, at which time they won’t have the option of back-claiming the available exemptions, and so will have to pay back taxes as well as penalties.

So both the Offshore Voluntary Disclosure Program and the Streamlined Procedure offer different groups of non-compliant expats (depending on whether they have been willfully avoiding their filing requirements or not) a way to catch up with the minimum possible cost.

Will the Streamlined Procedure also end?

This is the million dollar question. While there are currently no announcements relating to revoking the Streamlined Procedure, similarly to the Offshore Voluntary Disclosure Program it was never intended to last forever, so an announcement at some point is all but inevitable.

We recommend that expats who are behind with their US tax filing avoid the possibility of unnecessary back taxes and fines by consulting an expat tax specialist regarding the most beneficial route to compliance given their circumstance at their earliest opportunity.