Foreign Source or US Source Income – A Guide for Expats 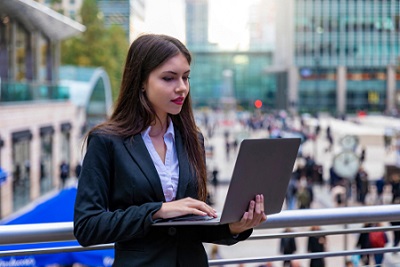 American expats have to differentiate between US and foreign source income when they file their US taxes.

All Americans, including Americans living abroad, have to file US taxes, due to the fact that the US taxes based on citizenship. American expats also have to report their foreign registered businesses, and financial (i.e. bank and investment) accounts and assets, if they exceed the minimum balance and value thresholds.

Foreign or US source income

It’s important for expats to understand the difference between foreign and US source income.

In terms of earned income (as opposed to passive income such as rents, interest, or dividends), if an American is abroad when they earn it, then it is generally considered foreign sourced income, regardless of where it is paid or where the payer (for example an employer) is.

Conversely, if an American is in the US when they earn it, income is considered US source income, even if it is paid or received overseas.

As such, an expat who spends two weeks in the US working in a year should declare the income they receive over this period as US sourced income.

For passive income, where the income originates is the determining factor, rather than where the taxpayer is. So an expat who for example lives and works in the UK but holds a rental property in the US would classify his employment income as foreign sourced, and his rental income as US sourced.

Many expats who are resident abroad also have to file a foreign tax return, and to avoid paying income tax twice, to the US and their country of residence, on the same income, they can often claim foreign tax credits.

It’s often the case that where income is sourced determines where the income tax is paid first, and then the expat claims tax credits in the other country. This way expats don’t pay more than the higher of the two tax rates in total, therefore eliminating double taxation.

To claim the US Foreign Tax Credit, expats have to file IRS Form 1116.

Another way that expats can reduce their US tax bill, including those expats such as many Digital Nomads who don’t pay foreign taxes because they move from country to country, is by claiming the Foreign Earned Income Exclusion.

It is in the context of claiming the Foreign Earned Income Exclusion that many expats seek to better understand what exactly is foreign earned (or sourced) income.

Expats who are behind with their US tax filing because they weren’t aware of the requirement to file from abroad can catch up without facing penalties using an IRS amnesty program called the Streamlined Procedure.

Expats should always seek advice to ensure that they are filing to their maximum benefit.