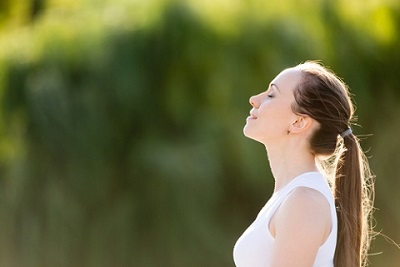 Filing from abroad is more complex than filing from the US though, as expats often have to consider additional reporting requirements, foreign currencies, and the intersection with a foreign tax system.

In this article we look at the best expat tax advice for Americans living abroad.

The first and most important piece of expat tax advice is don’t forget to file.

Distracted by myriad interesting new experiences, many expats forget about filing US taxes. However the rules are clear: every American Citizen must report their worldwide income every year, and those that don’t face penalties.

Some expats believe that an international tax treaty, the fact that their income is earned abroad (and perhaps paid in a foreign currency), or that they pay foreign taxes prevent them from having to file US taxes, however unfortunately none of these are the case. Furthermore, the IRS has access to foreign tax, bank and investment account information, including balances and contact details, so they know where expats are and whether they should be filing.

Expats get an automatic extra two months to file until June 15th, although in 2020 the filing deadline has been moved to July 15th for all Americans as part of the US Coronavirus Relief measures.

Expats can request an additional filing extension until October 15th if they require one.

Expats also have to report their worldwide business interests, and sometimes their foreign financial assets, if they exceed minimum value thresholds.

2 – Reduce your US tax bill

“If you are a U.S. citizen, your worldwide income is subject to U.S. income tax, regardless of where you reside.” – the IRS

Another great piece of expat tax advice is that when expats file they can claim one or more IRS provisions that reduce their US tax bill.

Expats who pay foreign taxes in the country where they live can claim the US Foreign Tax Credit by filing IRS Form 1116 when they file their federal return.

The Foreign Tax Credit gives them US tax credits to the same value as foreign taxes that they’ve paid. For the many expats who live in a foreign country with higher income tax rates than the US, claiming the Foreign Tax Credit will not only reduce their US tax bill to zero, but also give them excess tax credits that they can carry forward up to 10 years (or back a year).

Alternatively, expats can claim the Foreign Earned Income Exclusion by filing IRS Form 2555. The Foreign Earned Income Exclusion allows expats to simply exclude around $105,000 (the figure rises a little each year for inflation) from US tax. To qualify, expats have to demonstrate either that they spent 330 days outside the US, or that they are a permanent resident in a foreign country.

Many expats are subject to an additional US reporting requirement called FBAR reporting.

An FBAR is a Foreign Bank Account Report, and any expat that has a total of over $10,000 in foreign financial accounts, including bank, investment and pension accounts, at any time in a year has to file one. FBARs are filed online to FinCEN, and FinCEN non-filing penalties are much higher, starting at $10,000 per year for making an unintentional error or not filing!

Qualifying accounts also include business accounts that an expat might control or have signatory authority over, even if not in their name, such as a business or joint account.

Another important piece of expat tax advice is to check whether you have a state tax filing obligation while living abroad. This depends on the rules in the state where you last lived. Many states accept that if you’re living abroad long term you no longer have to file, but a few such as South Carolina, Virginia, California, and New Mexico may require expats to keep filing if they retain any ties in the state or intend to return one day.

With expat tax filing, the devil is so often in the details. Is it more beneficial to claim the Foreign Tax Credit or the Foreign Earned Income Exclusion? Can expat parents claim the refundable Child Tax Credit? What is the most tax efficient way to register a business or receive self-employment income? These are all very common questions asked by expats, and seeking specialist expat tax advice can make a big difference to expats’ finances.

Expat tax specialists can also recommend the best way for expats who are behind with their US taxes to catch up, perhaps using an amnesty program such as the Streamline Procedure.