FBAR Filing For US Expats Made Simple 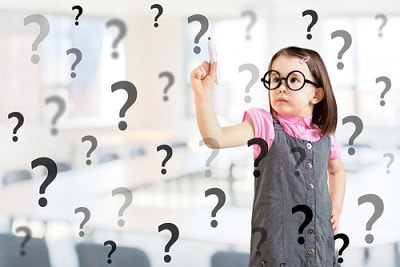 FBAR is an acronym for Foreign Bank Account Report. FBARS are one of the extra filing requirements many US expats face each year. But what exactly are they, who has to file them, and what does filing an FBAR involve?

A bit of history

…financial institutions (including banks) and individuals to report various different kinds of transactions and (in the case of individuals) accounts to FinCEN, the Federal Crimes Enforcement Network.

In particular, Americans are required to report their foreign accounts if their accounts have a combined total balance of over $10,000 at any time during the tax year. This includes expats, who are still required to file a federal tax return even though they live abroad.

Up until 2010, the US government had no way of knowing which expats should or shouldn’t be filing an FBAR though. In 2010 however, Congress passed the Foreign Account Tax Compliance Act (FATCA), which among other things requires foreign financial institutions (including banks) to report their American account holders to the IRS, including contact details and account balances. Those foreign financial institutions that don’t comply face hefty fines when they trade in US financial markets.

Faced with these fines, currently over 200,000 foreign financial institutions are complying, allowing the US government to know exactly who should and shouldn’t be filing an FBAR.

“FinCEN’s existing regulations say you must file if you have a financial interest in, or signature authority over, foreign financial accounts with a total value exceeding $10,000 during the previous calendar year.”
– Forbes

All Americans with signatory authority or control over financial accounts held at foreign institutions, with balances with a total combined value of over $10,000 at any time during a tax year have to file an FBAR.

Qualifying financial accounts include bank, savings, mutual, investment, and life insurance or pension accounts that have a cash balance.

Accounts don’t have to be in the tax payers name to qualify, if they still have control or signatory authority over them, such as in the case of a business bank account, or an elderly relative or a family trust’s account perhaps.

What if I don’t file?

Because FBARs are filed to FinCEN rather than to the IRS, the penalties for not filing, or for incorrectly or incompletely filing, are different, and, in no uncertain terms, worse.

FBAR penalties start at $10,000 a year if FinCEN believe that non-compliance was non-willful, and go up to $100,000 or half the balance of the accounts that weren’t reported (whichever is greater, and again, per year) if FinCEN believes you were intentionally avoiding your filing requirements.

As the IRS has access to American account holder information, including addresses and balances, provided by foreign banks and other financial institutions, they know who should be filing, and they are slowly contacting Americans around the world whose FBARs aren’t in order to ask why not. As such, we strongly recommend that if you should be filing FBARs, you do so before the IRS comes to you, to avoid these hefty fines.

An FBAR is actually FinCEN form 114, which should be filed online before April 15th, although a deadline has been made available until October 15th.

What should I do if I should have been filing FBARs, but I didn’t know?

If you weren’t aware of your US filing responsibilities, including FBAR filing, and so are behind with them, there is an IRS amnesty program called the Streamlined Procedure that lets you catch up while still claiming US tax exemptions such as the Foreign Earned Income Exclusion without facing any fines.

To catch up using the Streamlined Procedure you have to file your last 3 years of US tax returns and your last 6 years of FBARs (in both cases, where appropriate), pay any US taxes due (often none, if you claim any relevant exclusions), and self-certify that your previous failure to file was non-willful.