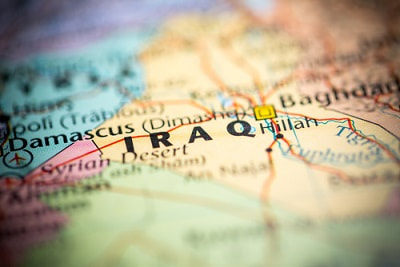 It has been estimated that there are several thousand Americans living in Iraq.

Living in Iraq is an incredible experience for a number of reasons. Most Americans living in Iraq are working to support the US military or in the hydrocarbons industry. As an American expatriate living in Iraq though, what exactly do you need to know regarding filing US expat (and Iraqi) taxes?

All US citizens and green card holders who earn a minimum of around $10,000 (or just $400 for self-employed individuals) anywhere in the world are required to file a US federal tax return and pay taxes to the IRS, regardless of where in the world they live or their income is generated. (Though American military personel working in designated combat zones, including Iraq, are exempt from US taxes for any month that they are in the combat zone for any part of).

Also, if you are paying income tax in Iraq, there are various exclusions and exemptions available to prevent you paying tax on the same income to the IRS too.

If you pay income tax in Iraq, there are several exemptions that allow you to pay less or no US income tax on the same income to the IRS.

“All income derived from Iraq is subject to tax in Iraq regardless of the residence of the recipient. In addition, income that is realised outside Iraq by Iraqi and other residents, including interest, commissions, investment returns, and profits from trading in currencies, valuable metals, and securities, is taxable if such income arises from funds and deposits held in Iraq.” – PricewaterhouseCoopers

The main exemptions are the Foreign Earned Income Exclusion, which lets you exclude the first around US$100,000 of foreign earned income from US tax if you can prove that you are a Iraqi resident, and the Foreign Tax Credit, which gives you a $1 tax credit for every dollar of tax you’ve paid in Iraq. These exemptions can be combined if necessary. Remember though that even if you don’t owe any tax to the IRS, if your income is over US$10,000 (or $400 if you’re self-employed) you still have to file a federal return.

The US and Iraqi governments share taxpayer info, and Iraqi banks pass on US account holders’ account info to the IRS, so it’s not worth not filing or omitting anything on your return. The penalties for incorrect or incomplete filing for expats are steep to say the least.

If you’re a US citizen, green card holder, or US/Iraqi dual citizen, and you have been living in Iraq but you didn’t know you had to file a US tax return, don’t worry: there’s a program called the IRS Streamlined Procedure that allows you to catch up on your filing without paying any penalties. Don’t delay though, in case the IRS comes to you first.

Iraqi taxes – what you need to know

Iraqi residents are taxed on their worldwide income on a scale from 3% to 15%. Tax is deducted at source from Iraqi salaries. There is also a social security tax on Iraqi salaries.

Foreigners living in Iraq are considered a resident for tax purposes if they spend a total of 6 months in a year in Iraq, or 4 months consecutively.

The Iraqi tax year is the same as the US, which is to say the calendar year. Tax returns are due by May 31st. The Iraqi tax authority is called the GCT (Iraqi General Commission for Taxes).

We strongly recommend that if you have any doubts or questions about your tax situation as a US expat living in Iraq that you contact a US expat tax specialist.