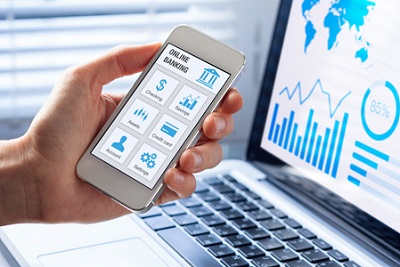 Americans who move abroad have to continue filing US taxes on their global income. This is because the US taxes all US citizens (and green card holders), wherever they live – including abroad. Most other countries only tax their residents on their worldwide income, or only tax income arising within the country, regardless where the recipient of the income lives.

There are ways for US expats to avoid paying income taxes to both the US and in the country where they live on the same income, however these normally involve claiming either tax credits or exemptions when filing, so expats still have to file.

Filing as an expat is also more complex than filing in the US, as on top of claiming IRS provisions to prevent double taxation, expats also have to report any foreign business interests they may have, as well as their foreign bank and investment accounts.

All American citizens or green card holders who have $10,000 in total in foreign financial accounts at any time during a year are required to report all of their foreign accounts by filing an FBAR.

FBAR is an acronym for Foreign Bank Account Report.

Some people assume that the reporting threshold means having $10,000 in any single account, however the threshold is actually per person including all foreign registered financial accounts that they have or control in any way.

The FBAR filing deadline was updated in 2017 to synchronize with tax filing, so FBARs are due by April 15th, however for FBARs the extension until October 15th doesn’t have to be applied the way it does for tax filing; instead it is applied automatically, meaning the actual final FBAR filing date is October 15th.

“Every year, under the law known as the Bank Secrecy Act, you must report certain foreign financial accounts, such as bank accounts, brokerage accounts and mutual funds, to the Treasury Department” – the IRS

FBARs are filed online to FinCEN. The FBAR form is called FinCEN Form 114. FinCEN Form 114 requires Americans to provide details of all their foreign registered financial accounts, including the bank or other financial institution where the account is held, the account number, and each account’s maximum balance during the year.

These include foreign registered bank accounts (checking and saving), and most types of investment accounts.

When calculating their maximum aggregate (i.e. combined) total in foreign accounts, expats should also include foreign registered accounts that they have signatory authority or another form of control over that may not necessarily be registered in their name (or solely in their name). These include joint accounts, and business and trust accounts.

Accounts that don’t qualify for FBAR reporting on the other hand include most mortgages, and cryptocurrency (e.g. Bitcoin) accounts, as the IRS considers cryptocurrencies assets rather than currency.

Because FBARs are filed to FinCEN rather than to the IRS, penalties for not filing, or for inaccurate filing, are higher, even when the error is unintentional, starting at $10,000 a year.

The US government is also receiving US citizens’ foreign account balance information directly from foreign banks and investment firms, so it can check this against information received (or not received) on FBARs.

Expats who haven’t been reporting their foreign accounts because they didn’t know that they were required to can normally catch up and become compliant without facing penalties under an IRS amnesty program, so long as they do so voluntarily (i.e. before the IRS writes to them).