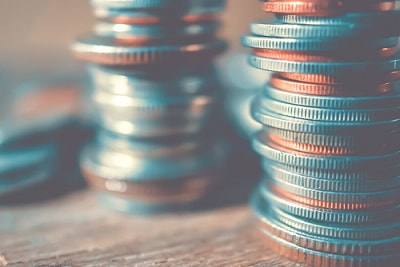 All American citizens (including anyone with the right to American citizenship) and green card holders are required to file a US tax return every year and declare their worldwide income, wherever in the world they live.

This reporting obligation includes expats, who furthermore may also have to report their foreign bank accounts.

Who has to report?

While all Americans living abroad have to file a US tax return if they earn over $10,000 (or just $400 of self-employment income), not all expats have to report their foreign bank accounts.

The criteria for expats having to report their foreign bank accounts is if they have a total value of a minimum of $10,000 outside the US at any time during the tax year. So it’s the total value of the expats savings and investments held in foreign banks or other financial institutions that matters, rather than the balance of each individual account.

What sort of accounts need reporting?

Several other types of account besides bank accounts count towards this reporting requirement.

How do I report them?

“FBARs are a particular problem because a lot of Canadian [residents] don’t realize that even an RRSP [retirement savings plan] would require some sort of disclosure. Many people don’t realize that and it’s troubling because it’s a penalty which applies on a non-disclosure even though there may be no tax payable.”
– cbc.ca

In practice, reporting foreign accounts for those required to is relatively straightforward. It involves filing FinCEN form 114 online before April 15th in the year following the tax year. (An extension is available until October 15th).

What if I don’t report my foreign accounts?

Penalties for not filing FBARs when required are harsh, and bear no relation to whether any US tax is owed. If FinCEN believes that the offense (of not filing an FBAR) was non-willful, which is to say that the expat wasn’t aware that they had to file, the penalty will be $10,000 for each year that an FBAR should have been filed.

If FinCEN believes that someone was deliberately avoiding filing, the penalty rises to either $100,000 or half the value of the accounts that should have been filed, whichever is greater, and again per year.

Furthermore, foreign banks (and other financial institutions have been providing the US government with details of their American account holders, so the US knows who should be filing. Currently around 200,000 foreign financial firms are doing this, so it’s no longer an option to stick one’s head in the sand.

What should I do if I didn’t know I was meant to be reporting?

Thankfully, the IRS introduced an amnesty program called the Streamlined Procedure that allows expats to catch up with their US tax return and FBAR filing without facing any penalties. If you weren’t aware of the requirements for expats to file a US tax return or report their foreign bank accounts, we recommend that you contact an expat tax specialist for some advice.