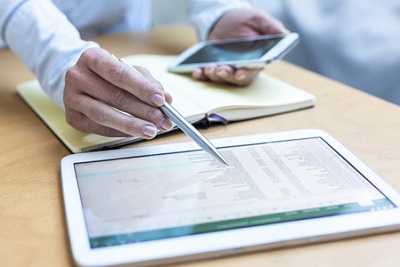 The new 2018 IRS Tax Book has confirmed that the IRS continued the trend of auditing a much higher proportion of international tax returns then domestic ones in 2018.

While a total of 0.6% of all individual federal income tax returns were audited during the year, the figure for international returns is nearly six times the overall average, at 3.4%, representing one in every 29 expat tax returns.

This figure, while high, in fact represents a drop compared to last year, when 5.2% of US tax returns filed from abroad were manually examined.

The IRS has long taken a view that any American with financial activity, including income, bank accounts or investments, outside the US is potentially suspicious, and this suspicious attitude has caused them to shine a spotlight on millions of normal Americans who happen to live overseas.

Due to the US’ unusual citizen based tax system, all Americans, including those abroad, are required to file a federal tax return to the IRS each year, reporting their worldwide income.

To avoid double taxation, expats must claim one or more exemptions or credits when they file (such as the Foreign Earned Income Exclusion, or the Foreign Tax Credit). Unfortunately, US tax treaties don’t normally provide this protection. Expats may also have to pay US social security taxes, depending on their income circumstances and where they are living, and report their foreign bank accounts and investments, depending on the total values each expat has or controls.

While this places an arguably unfair filing burden on expats, who often have to file two tax returns, one to the US and another in the country where they live, the requirement to file is unavoidable. For most expats it’s simply a reporting exercise though, as most don’t end up paying any US tax once they’ve filed.

“If you don’t act timely [responding to an IRS request], there are real risks.” – Forbes

Expats who don’t file are still considered to owe US taxes on their worldwide income.

How can expats avoid being audited?

Expats should be aware that due to information exchange laws and treaties, the IRS can access financial information from foreign governments, banks and investment firms, so it’s no longer possible for expats to hide ‘below the radar’.

The best way to avoid being audited is simply to file in a timely, complete and honest manner. As filing from abroad often means more forms and reporting compared to filing from the US, we strongly advise that expats employ an expat tax specialist to assist them to ensure that they file not just completely but in the most beneficial way.

While the total figure of returns filed is low given than there are an estimated nine million Americans living overseas, the US is more and more able to identify which expats aren’t filing who should be from foreign tax and bank data, and the IRS now has the ability to block US passports from being issued or renewed for expats whom it thinks have foreign income and so owe US taxes.

What expats should do if they receive an IRS audit letter

While expats can avoid any problems even if they are audited by ensuring that they file accurately, completely, and on time, expats who do receive an audit letter from the IRS should firstly look closely at what the IRS requires. In many cases it may just be some additional supporting documentation.

A notice number in the top right hand corner of the IRS letter may indicate the issue. Expats who have to meet with an IRS representative should consider employing a tax attorney to accompany them, and in all scenarios expats should be calm, helpful and courteous whenever dealing with the IRS.

Expats who are behind with their US tax filing because they weren’t aware that they had to file a US tax return from abroad can catch up without facing penalties under an IRS amnesty program called the Streamlined Procedure, so long as they do so before the IRS writes to them.