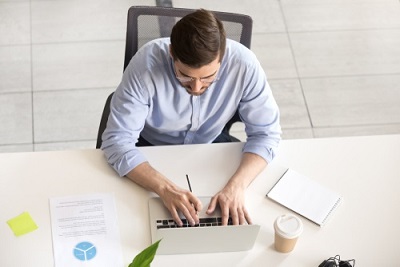 Under the 2015 Protecting Americans from Tax Hikes (PATH) Act, the IRS is required to certify to the State Department any taxpayer who owes at least $52,000 (the figure is adjusted for inflation annually) in back taxes. The State Department then blocks any application from that person to receive or renew a new US passport.

US filing requirements for expats

How does PATH affect expats though?

Because the US taxes based on citizenship, all Americans who earn over $12,000 (in 2018), or just $400 of self-employment income, including expats, are required to file US taxes, reporting their worldwide income.

Many expats either aren’t aware that they are required to file US taxes from abroad, or they believe that they don’t have to file if they don’t owe any US taxes (perhaps thanks to an exemption that they’ve heard about), or that a tax treaty protects them from having to file.

Unfortunately however, expats are required to file, regardless of the international tax treaties that the US has signed or whether they’re also filing foreign taxes in another country.

When they file, expats can often however claim either exemptions or tax credits to offset foreign taxes paid that reduce many people’s US tax liability to zero (or they may even end up receiving a payment from the IRS thanks to a refundable tax credit. But they have to file to claim these, otherwise the IRS considers that they owe US tax on their worldwide income.

Expats may also have to report their foreign registered businesses, bank and investment accounts, and financial assets.

FATCA leveraged the global dominance of US financial markets to require all foreign banks (and other financial firms, such as investment firms) to provide their American account holders’ account details to the IRS or face a withholding tax when they trade in US markets.

“We’ve got more and more data and software to help us know what type of assets are out there before we ever knock on your door.” – Darren Guillot, the IRS

This proved to be a powerful incentive, and over 320,000 foreign financial firms are now complying (i.e. almost all).

The law gave foreign firms several years to comply, however since 2017, the IRS has data about almost all expats’ foreign bank accounts and investments, including balances.

The IRS also has access to foreign tax information due to information sharing agreements with other countries.

Furthermore, the IRS assumes that expats who haven’t filed a federal return owe US back taxes on their worldwide income even if they’re paying taxes abroad.

This means that firstly the IRS has the information to determine which expats should be filing but aren’t (and how much back tax they owe), and secondly, if these back taxes exceed $52,000 (adjusted for inflation), then the IRS can certify that person to the state department who in turn will prevent them from renewing or receiving a passport.

IRS certifications for Americans who owe back taxes

Since the Protecting Americans From Tax Hike Act of 2015, as of May 3rd 2019, the IRS has sent a huge number – over 370,000 – of certifications to the State Department due to back taxes owed.

While the IRS has cut its staff of IRS field collection revenue officers by a half since 2010, it has been investing in IT systems and tools instead to automatically sort the ever increasing amounts of data that it is receiving and identify where taxes may be owed. This means that despite having less staff, it is better able to process and act on the information that it receives than previously. The inevitable near future will of course involve AI (Artificial Intelligence) data processing, too.

Furthermore, according to a recent interview, the IRS has just introduced a new tool to help staff review information provided by foreign banks under FATCA with that provided (or not provided) by taxpayers.

What expats should do

Expats who have been blocked from receiving or renewing a passport who need to travel urgently can file Form 14794 ‘Expedited Passport Decertification’. Under this procedure, once they satisfy their tax debt, they should be able to travel within 48 hours, rather than 30 days otherwise.

However most expats end up owing very little or no US tax once they file and claim the most beneficial expat exemptions and/or credits available for their circumstances. It can be more difficult to claim these once the IRS has been in contact with them about back taxes though.

Expats who are behind with their US filing but haven’t been contacted by the US yet can catch up without facing penalties, including claiming the exemptions and credits that often reduce US tax liability to nil, under an IRS amnesty program called the Streamlined Procedure.

We strongly recommend that expat who are behind with their US tax filing contact a US expat tax specialist firm at their earliest convenience to avoid possible future issues.