Is There a Foreign Income Tax Offset for US Expats? 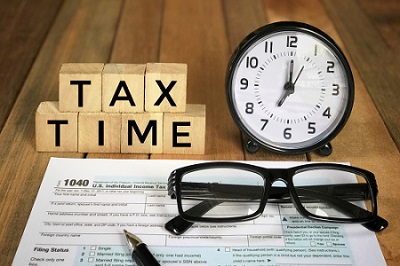 All Americans have to file a US tax return, reporting their worldwide income, including expats. This is because the US taxes based on citizenship, rather than based on residence like most other countries.

This means that many Americans living abroad face the prospect of double taxation, paying income taxes both in the country where they live as well as to the US.

Unfortunately, the tax treaties that the US has signed with other countries don’t often help mitigate this risk, as they often contain what’s called a Saving Clause, which allows the US to tax its citizens abroad as if the rest of the treaty didn’t exist.

Instead, to prevent double taxation, the IRS has made available a foreign income tax offset called the Foreign Tax Credit.

The US Foreign Tax Credit allows Americans with foreign source income to offset their foreign income tax by claiming US tax credits to the same value as the foreign taxes that they’ve already paid on the income.

As many foreign countries have higher income tax rates than the US, this often means that expats who claim the Foreign Tax Credit can reduce their US tax bill to nothing, and have excess US tax credits left over, which they can carry forward to use in future years (or apply to the previous year, if beneficial).

To claim the Foreign Tax Credit, expats must file IRS Form 1116 when they file their federal tax return. Expats’ foreign source income and taxes paid must be converted into USD on Form 1116.

“The foreign tax credit is intended to relieve you of the double tax burden when your foreign source income is taxed by both the United States and the foreign country.” – the IRS

Expats who do owe any US tax still have to pay it by April 15th to avoid interest however.

The Foreign Tax Credit can be applied to any type of income, whether earned (such as wages, or self employment income) or passive (such as investment income or rental income), so long as the income is foreign source.

Expats can also choose to take their foreign income tax paid as a deduction rather than as a credit, if they want to, although it’s normally more beneficial to take it as a credit.

What about US source income?

Many expats have US source income as well as (or instead of) foreign source income, perhaps from services performed on US soil, or from US-based investments or pensions, or US rental income. As the IRS will not allow expats to apply the Foreign Tax Credit to US source income, expats who are taxed on their worldwide income in their country of residence may be subject to double taxation.

There are two ways possible ways that expats can prevent double taxation on their US source income for expats.

Alternatively, expats may be able to claim the Foreign Earned Income Exclusion, which lets expats who can prove that they live abroad in one of two IRS prescribed ways exempt up to around $100,000 of their earned income from US taxation.

What about foreign corporation taxes?

The US also taxes foreign businesses owned by Americans, so again the risk of double taxation can arise.

US Foreign Tax Credits can be applied to corporate taxation too though, this time by filing IRS Form 1118 rather than Form 1116.

Expats should note that there is a new Form 1118 in 2019, following changes made to corporate taxation in the 2017 tax reform.

Expats who need to file US back taxes

In summary, expats should never have to pay more income tax than the higher of the two tax rates they are subject to (the US rate and the rate in the country where they live).

Expats who are behind with their US tax filing because they were unaware that they had to file from abroad need to file back taxes, and they can do so without facing any penalties under an IRS amnesty program called the Streamlined Procedure, so long as they do before the IRS contacts them.