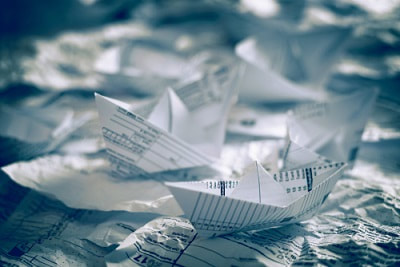 The IRS Streamlined Procedure was introduced in its current form in mid-2014.

As the IRS stepped up its enforcement of America’s citizenship-based taxation system, which requires all US citizens (and green card holders) to file US taxes on their worldwide income wherever in the world they live, it also realized that it needed a way to allow those Americans living abroad who weren’t actively avoiding taxes to become compliant without treating them like criminals.

The result was the Streamlined Procedure, an amnesty program for the many US expats who are behind with their filing because they weren’t aware of the rules requiring them to file US taxes from abroad.

The Streamlined Procedure is intended to allow expats who need to catch up with at least 3 previous years of their US tax filing from abroad. If you’ve missed just one or two tax years, you can normally just back file the missed years.

FBARs (Foreign Bank Account Reports) must be filed by expats who have at least $10,000 in qualifying overseas accounts at any time during the tax year. Penalties for not filing FBARs (or for incorrect or incomplete FBAR filing) are steep, so the Streamlined Procedure offers a way for expats who are behind in their FBAR filing to catch up, again without facing any penalties.

To catch up with US tax and FBAR filing using the Streamlined Procedure, expats must:

Regarding the third requirement, to pay any tax and interest due, it should be noted that there are several exclusions and credits available for expats that reduce most expats’ US tax liability to zero.

Two important points to note: firstly, which of these provisions is most beneficial to claim depends on each expat’s particular situation, including which country (or countries) they live in, and their income level, types, and sources, among other things. Secondly, none of these IRS provisins for expats is applied automatically, which is to say that they have to be claimed when the expat files their tax returns.

The question of whether an expat’s previous non-compliance was willful or not can be a sensitive one. If the IRS has any reason to believe that an expat was willfully avoiding filing or paying taxes, then they may still be prosecuted in the future. This could happen if the IRS believes that the expat was moving money suspiciously between accounts, for example.

The majority of expats need to catch up because they genuinely weren’t aware of the requirement to file from abroad though.

There are in fact three excellent reasons why expats in this sitaton should catch up using the Streamlined Procedure:

Since FATCA (the 2010 Foreign Account Tax Compliance Act) came into effect, almost all foreign banks and other foreing registered financial firms are providing the IRS with details about their American account holders, including balances, directly, giving the IRS the ability to enforce US tax filing globally

Peace of mind is arguably the biggest benefit expats gain from catching up with their US tax filing and so becoming compliant. Being behind with one’s tax filing is inevitably a worry. Does the IRS know where I live? (Yes!) Will they get in touch? (Probably, at some point). The peace of mind that accompanies knowing that your taxes are done and you are up to date and on the right side of the law is a major factor in many expats’ decision to catch up with their US tax filing.

3 – It’s easier than you think

While filing taxes from abroad is typically more complex than filing from the US, due to having to claim exemptions (and sometimes tax treaty provisions) and the extra filing requirements such as FBAR filing, expats can seek help with the process from an expat tax specialist firm.

The IRS Streamlined Procedure remains an excellent opportunity for expats who were genuinely unaware of the requirement to file US taxes from abroad to catch up in 2021.