May 17 Tax Filing Deadline – What Expats Need To Know 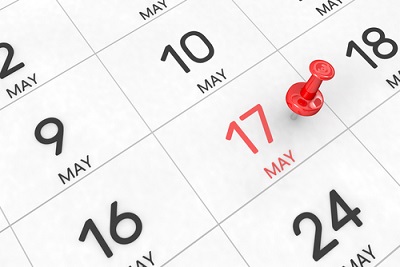 Tax Day was moved this year for all Americans, due to the impact the pandemic has had on both the IRS and taxpayers. The IRS in particular has been unusually overwhelmed this year, due to distributing stimulus checks, the fact that many IRS staff are still working remotely, and due to having to enact changes created in the final days of last year in the 2020 Covid Relief bill.

The deadline was moved to May 17 rather than May 15 because May 15 falls on a Saturday this year.

In this article, we look at what Americans living abroad need to know about the May 17 deadline.

What is the 2021 filing deadline for expats?

All Americans have to file US taxes every year, including Americans living abroad.

Expats receive an automatic filing extension until June 15, however many expats still have obligations relating to May 17 this year.

In particular, expats who expect to owe any US tax must pay it by May 17, even if they haven’t filed yet. This can create what can seem like existential problems, especially if an expat still has to file a foreign tax return as well as their US taxes so they can’t necessarily file by when they need to pay tax.

“Your worldwide income is subject to U.S. income tax, regardless of where you reside.” – the IRS

The solution, to avoid late payment penalties and interest, is to pay an estimated amount of US tax by the May 17 deadline, which may be based on the previous year, or otherwise the best estimate possible.

When expats file their US taxes, they can claim provisions such as the Foreign Earned Income Exclusion and the Foreign Tax Credit to reduce their US tax bill. This means that most expats don’t end up owing any US tax.

Expats who do end up owing US tax typically fall into three groups:

– those who live in countries which have lower income tax rates than the US (or no income taxes), and whose income isn’t earned (such as passive income from rents or dividends) or exceeds around $110,000.

If you’re not sure whether you owe US tax, seek advice from an expat tax specialist.

US filing deadlines for expats who don’t owe US tax

Expats who don’t owe US tax can ignore the May 17 deadline, as they have until June 15 to file their US tax return. They can also request an extension until October 15 if they need to by filing Form 4868.

Americans with foreign bank accounts, pensions and investments often also have to file a Foreign Bank Account Report (FBAR) to report them. FBARs are filed to FinCEN, the US financial authority, and are due by October 15.

Americans living overseas who have missed previous years’ US filing because they weren’t aware that they had to file US taxes from abroad can avoid penalties and catch up by utilizing an IRS amnesty program called the Streamlined Procedure. Expats should do this at the earliest opportunity, as the IRS can now access expats’ global banking and tax data.