5 Reasons Why Expats Should File US Taxes Now! 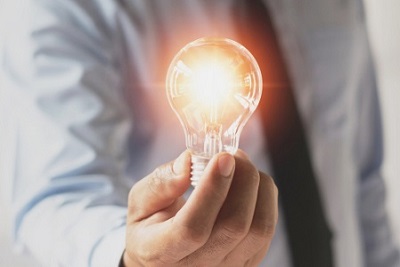 Americans move abroad for a variety of reasons, perhaps for work, to be with someone, or due to a sense of adventure, however hardly any of them are thinking much about filing US taxes when they move.

The US requires all Americans to file though, reporting their worldwide income, even if they live abroad.

It’s important for Americans moving or living abroad to ensure that they stay compliant with US filing requirements, as well as those in the country they move to.

In fact, filing US taxes from overseas can be not just painless, but sometimes profitable, too.

Here we look at the top 5 reasons why expats should file their US tax return now!

All Americans have been required to file US taxes since the Civil War, however it’s only recently that Uncle Sam has gained the ability to enforce the requirement for Americans living overseas.

The 2010 Foreign Account Tax Compliance Act (FATCA) requires foreign banks to provide their American account holders’ details, including account balances, to the IRS. Almost all foreign financial institution are now doing so. The IRS can therefore use this data alongside foreign tax information provided through information sharing agreements with other countries to see who should be filing.

Time for some good news: expats get an automatic extension until June 15th to file (although any tax due must still be paid by April 15th). Expats who require longer to file, perhaps because they have to file a foreign tax return first, can request a further extension until October 15th.

Expats with over $10,000 in total in foreign banks or investments are also required to report their foreign accounts by filing an FBAR (Foreign Bank Account Report) to FinCEN.

Penalties for not filing an FBAR, even by accident, start at $10,000 a year, so it’s important not to neglect this additional filing requirement either.

Americans who are behind with their US tax filing because they didn’t know they had to file can still avoid late filing penalties so long as they catch up before the IRS contacts them. Expats who are more than two years behind can catch up using an amnesty program called the Streamlined Procedure.

When expats file from abroad, they can claim one or more provisions that the IRS has made available to help them avoid having to pay US taxes. The most commonly claimed provisions are the Foreign Tax Credit, which allows expats to claim US tax credits to the same value as foreign taxes that they’ve paid on their income already, and the Foreign Earned Income Exclusion, which allows expats to simply exclude around $100,000 (adjusted annually for inflation) of their earned income from US taxation.

Some expats even find they are due an unexpected refund when they file from abroad. For example, an expat living and working in the UK and paying UK income taxes and who has three dependent children could claim the Foreign Tax Credit to offset their US tax bill against UK taxes that they’ve already paid, and furthermore claim the US Child Tax Credit to claim a $1,400 tax refund per child, leaving them several thousand dollars better off for having filed.

Filing from abroad is generally more complex than filing from the US, having to claim provisions to reduce the US tax bill and often having to report foreign accounts, assets, or business interests too. However not filing US taxes and hoping not to be discovered is no longer an option in the interconnected modern world, and for total peace of mind we strongly recommend that expats contact an expat tax specialist at their earliest convenient to ensure that they file completely and in their best overall long term interests.