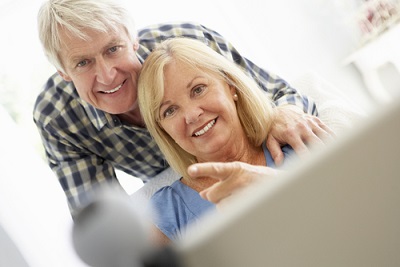 Over a million Americans have retired abroad, and millions more aspire to. The most common benefits include a better climate, affordable healthcare, and a better standard of living on retirement income.

The most popular destination for Americans retiring abroad is Mexico, due to the twin appeals of its proximity and affordability. Many folks move there entirely, while others become snowbirds, heading south for winter each year.

US reporting rules for Americans who retire abroad

If you retire abroad, you leave the US, but not the US tax system, as the US taxes income based on citizenship rather than residence. This means that American citizens living abroad still have to file a federal tax return every year if their global income exceeds IRS minimum thresholds, which normally start at around $12,000 per person (although these thresholds can be less, for example just $400 of self-employment income).

All global income counts towards this threshold, including social security payments, pension distributions, dividends, bank interest, and rental income, as well as any post-retirement employment or self-employment earnings.

Americans who retire abroad may also have to file a State tax return in the State where they last lived, depending on the rules in that State, which often depend on whether they retain ties such as property, dependents, or financial accounts in teh State.

Americans who retire and have financial accounts abroad may have to disclose them by filing a Foreign Bank Account Report (FBAR), depending on whether the total of the combined balances of their foreign financial accounts (including bank and investment accounts) exceeds $10,000 at any time during a year.

Americans who pay foreign income taxes in the country where they retire can claim the US Foreign Tax Credit when they file their federal return by filing IRS Form 1116. The Foreign Tax Credit gives them US tax credits based on the value of the foreign taxes that they’ve paid. For Americans who retire in countries with a higher income tax rate than the US rate, this will eliminate their US tax bill. However, those who pay less or no foreign tax than their theoretical US tax bill often still have to pay some US tax.

Retirees who still earn some income through perhaps freelancing or consulting can exclude their earned income by claiming the Foreign Earned Income Exclusion on Form 2555. The FEIE allows them to exclude up to just over $100,000 of their earned income from US tax each year.

Some international tax treaties that the US has signed contain provisions for the avoidance of double taxation on retirement income such as social security income and pension distributions. The terms vary in each case though, and such provisions, when beneficial, have to be claimed on Form 8833.

Americans who retire abroad can choose to have their US social security payments wired to a foreign bank account. While doing this doesn’t affect US tax liability, it can trigger foreign tax liability in some countries, depending on the tax rules in that country, and it may also affect whether Americans who retire abroad have to file an FBAR or not.

US taxation of foreign pensions

Some Americans who retire abroad have already been living and working abroad for many years, and they may have foreign pension accounts.

Foreign pension distributions are considered taxable by the US, even if they aren’t taxable in the foreign country, unless there is a specific provision relating to it in a tax treaty.

Owning foreign real estate can have US (and foreign) tax implications. Some foreign countries have a wealth tax calculated based on the value of assets in the country, including real estate, for example.

Estate planning when you retire abroad

Estate planning for Americans who retire abroad can be complex. It’s most often beneficial to have wills in both the US and the country where they retire, and depending on where they have assets. These wills should ideally be made in collaboration. The US has estate tax treaties with a number of countries, although the provisions in these vary. The US will normally provide tax credits if foreign estate taxes have to be paid first though. It’s always important to seek advice for your particular circumstances when it comes to estate planning.

Filing US taxes from abroad is more complex, and it’s always beneficial to seek advice from a US expat tax specialist, who will be familiar with all the forms and situations that Americans who retire abroad might face and so ensure they file to achieve their most efficient and beneficial outcome.