The Physical Presence Test – Everything US Expats Need to Know 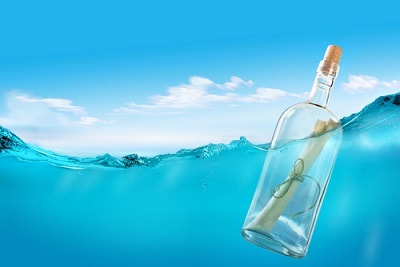 One of the primary mechanisms expats can use to exclude their income earned abroad from US income tax liability is the Foreign Earned Income Exclusion.

This lets Americans living abroad exclude the first around $100,000 of their foreign income, including self employment income, from US tax. The exact amount rises a little each year. The Exclusion should be claimed on form 2555, which should be attached to form 1040.

The Foreign Earned income Exclusion takes many US expats out of US tax liability altogether. It is only available to Americans living abroad though, and there are strict rules governing exactly who does and who doesn’t qualify.

To qualify, expats must pass the Bona Fide Residence Test, for expats who are settled in another country to the extent that they can prove their residence there, owning or renting a permanent home and paying taxes in their country of residence, and the Physical Presence Test.

The Physical Presence Test requires you to be outside the States and in a foreign country for 330 days in a twelve month period. While this sounds straightforward, the devil is in the details, so it’s worth delving a little deeper to ensure that you qualify.

“The [Physical Presence] test does not depend on the kind of residence you establish, your intentions about returning to the United States, or the nature and purpose of your stay abroad.”
– the IRS

The first point to note is that each of the 330 days must be a full 24 hour day. This means that if you leave the States at 3am one morning, and arrive in Canada just an hour later, this day won’t count towards the 330 despite you having spent almost the entire day abroad. The only exception to this rule is if you are only in the US in transit, on your way from one foreign country to another.

Another interesting feature about the Physical Presence Test worth knowing is that the 330 days in the twelve month period don’t necessarily need to coincide with the tax year. So if for example you moved abroad on 31st March, having spent the first three months of the year in the US, you can start counting your days abroad from 1st April, claiming the Foreign Earned Income Exclusion from this date.

The only exception to the 330 day rule is if you are forced to leave a foreign country because of war, civil unrest, or similar adverse conditions in that country.

You must be able to show that you would have met the minimum time requirements abroad if not for the adverse conditions though.

Note also that if you are claiming the Foreign Earned Income Exclusion using the Physical Presence Test, it’s worth making sure that you can prove your travel movements, and keeping the proof safe, in case of a future audit.

The Foreign Earned Income Exclusion removes most US expats from US tax liability, so it’s worth ensuring that you meet the requirements to qualify, planning your trips to the States correspondingly if necessary. It doesn’t carry over to future years automatically, so you need to re-claim it every year. If you earn over $100,000 it can also be claimed in conjunction with the Foreign Housing Exclusion, and the Foreign Tax Credit, both of which, if applicable to your situation, will reduce or hopefully eliminate any remaining US tax liability.