Top Five and a Half Things American Expats Miss from Home 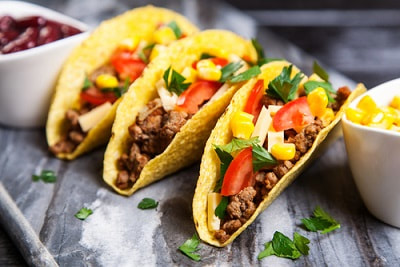 The only country on earth that can do Mexican food as well as the US, is… Mexico. And the further away you go, the worse it gets, if you can find it at all. Say goodbye to those huge, delicious burritos, endless tortilla chips, and fresh, fragrant salsas: the nearest things you are likely to find will be pale impersonations.

Unlike the Chinese, who opened restaurants in almost every corner of the globe, Mexicans haven’t roamed far enough and in sufficient numbers to have introduced their delicious cuisine to the wider world. As an American expat, there are times when your only option is to track down the ingredients and make it yourself.

There are very few places where the concept of customer service is comparable to that in the US. In some places the customer is sometimes right, or begrudgingly right, or right after a long ‘discussion’, while in others it’s normal for shop staff to give their customers the impression that they are an inconvenience, an unwelcome distraction from more important things (like chatting), if acknowledging them at all. Your best chance in these situations is to fight your corner, as calmly as you can, and ideally in your host country’s language. You can’t fight a whole culture though, so rather than banging your head against the wall, you will have to adapt.

So simple, so delicious, so available – possibly not any more, once you are living abroad. While jelly is readily available almost the world over, peanut butter isn’t. If you live in a city with an international community, you might track it down in an imported or foreign foods store. In northern Europe you may find it in a large supermarket. Otherwise it’s back to basics, and making it yourself. The good news is that peanuts are more or less available everywhere.

As it turns out the rest of the world has different sports. As soon as you leave our shores, ‘football’ means ‘soccer’, and is played primarily by men, ‘hockey’ has no ice and is played primarily by women, and baseball and basketball barely exist at all. Meanwhile nearly everyone is obsessed by soccer, fanatically following clubs sometimes from thousands of miles away that we’ve never even heard of, while the ‘Football’ World Cup is the most viewed televised event on the planet. The Superbowl doesn’t even get a look in, and the rest of the world is oblivious to baseballâ€™s World Series. Seemingly the only point of overlap is the Olympics, but that only happens once every four years. Thank God we win everything when it does (so we like to think). And for everything else, thank God for the Internet.

Excepting the few of us that have moved abroad specifically to put some distance between us and our loved ones, we will of course soon miss them, and they us. Again, thank God for the Internet, and particularly Skype, FaceTime, and WhatsApp. Between them, they go a long way to helping us stay in touch and feel that we’re not so far away after all.

Five and a Half – Filing US Taxes from the United States

Wait! What? Miss filing taxes? Well this is why this one merits just a ‘half’. As it turns out, filing one’s taxes from the States was one thing. But the required filing of US taxes for Americans who are living overseas is another endeavor entirely – For US expats, FATCA (Foreign Asset Tax Compliance act), FBAR (Foreign Bank Account Report), the FEIE (Foreign Earned Income Exclusion) all come into play. While none of these necessarily portend taxes owed to the US, the navigation of these rules can be daunting and one might do well to seek advice from one of the US expat tax firms that specialize in tax for Americans overseas online.