Does the US Tax Foreign Mutual Funds? 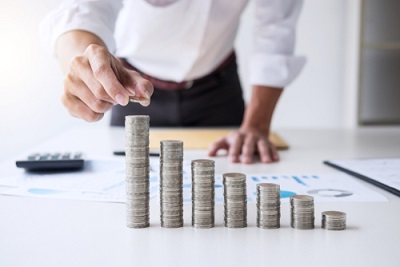 A mutual fund is a financial vehicle that allows a group of investors to pool their money to invest in stocks, bonds, and other funds. The advantage of investing in a mutual fund is that by pooling you obtain the benefits of larger investors, such as diversifying your investments and paying lower fees for expert management.

Americans who reside abroad must file US taxes on their global income, and often also report their global financial assets to the US Treasury annually. When expats file, they can claim provisions such as the Foreign Earned Income Exclusion and the Foreign Tax Credit to avoid double taxation. They may also have to report their foreign financial accounts and assets, and owning foreign mutual funds adds an additional layer of complexity to their US filing from abroad.

What is a foreign mutual fund?

Investing in foreign mutual funds often makes life complicated for expats because they fall under the umbrella of what the IRS calls Passive Foreign Investment Companies, or PFICs.

A PFIC is a pooled investment registered and regulated outside the US, including many types of funds, investment trusts, ETFs, and some foreign corporations and pension schemes too.

A US investment fund with overseas holdings isn’t a PFIC, however a fund registered abroad with the same investments is, as is a foreign registered fund that only invests in the US, for example. The key factor is where it is registered and regulated.

A foreign investment fund or corporation is considered a PFIC if either at least 75% of its gross income is passive income (i.e. from investments), or if at least 50% of its assets are held to produce passive income.

Both US reporting and US tax liability are more onerous for PFICs, and many expat-specialist investment managers advise expats to avoid foreign mutual funds entirely.

Both distribution and dispositions from foreign mutual funds are taxed at higher rates than other types of investments.

Foreign mutual funds must be reported every year on IRS Form 8621 if they receive a distribution or make a disposition from a PFIC. Form 8621 is a complex form to file, and shouldn’t be attempted without professional advice..

Expats who invest in a foreign mutual fund will also have to report it under FBAR and FATCA rules, depending on the size of their investments.

An FBAR is a Foreign Bank Account Report, a requirement for any American who has at least $10,000 in total in foreign financial accounts at any time in a year. Note that foreign financial institutions such as banks and investment firms provide their US citizen account holders’ details to the US directly, allowing the IRS to verify information provided by US expats on FBARs is correct.

FATCA rules meanwhile stipulate that any American living abroad who has over $200,000 of foreign registered financial assets on the final day of the year, or $300,000 at any time during the year, must report them on IRS Form 8938.

Americans living abroad should always seek specialist advice before investing, to ensure they minimize their local and US tax bill and realize their long term strategic goals.

Catch up if you’re behind

Americans who have been living abroad but not filing US taxes because they were unaware of the requirement can catch up without facing penalties under an IRS amnesty called the Streamlined Procedure.