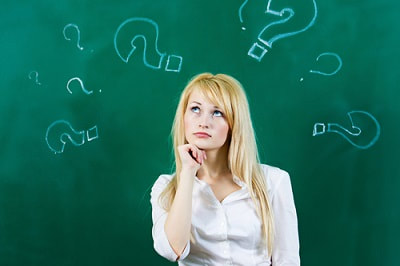 All American citizens and green card holders, including expats, are required to file an annual federal tax return, reporting their worldwide income.

Filing a US tax return from abroad as an expat is typically more complex than filing in the US though due to additional filing requirements. For example, the majority of expats can avoid having to pay US taxes by claiming an IRS exemption such as …

If they don’t claim any of the available exemptions when they file on the other hand, they are still considered to owe US taxes (on their worldwide income), even if they’ve already paid foreign taxes on the same income or if the US has a tax treaty with the country where they live.

Another additional filing requirement for US expats is reporting their foreign financial accounts by filing an annual Foreign Bank Account Report, or FBAR. But what is the 2019 FBAR filing deadline?

Any American who has a total of more than $10,000 in foreign financial accounts at any time during a year is required to report all of their foreign accounts by filing an FBAR. It doesn’t matter whether the $10,000 total is all in one account, or spread between multiple accounts.

How to file an FBAR?

“FinCEN has extended the the original final deadline to 15 October 2018, to file the FBAR. Specific extension requests are not required.”
– Accountancy Daily

FBAR’s are filed online directly to FinCEN. Information required includes the account name and number, the name and address of the foreign financial institution where the account is held, and the maximum account balance during the year.

Because FBARs are filed to FinCEN rather than the IRS, penalties for not filing are high, starting at $10,000 a year for missed filing or incorrect or incomplete filing. As almost every foreign financial firm is reporting its American account holders to the IRS directly under FATCA (since 2016), it’s important not to neglect this filing requirement or risk penalties.

What is the 2019 FBAR filing deadline?

What if you are behind with your FBAR Filing?

Expats who are behind with their FBAR (and/or US tax return) filing because they weren’t aware of the requirement to file can catch up without facing penalties under an IRS amnesty program called the Streamlined Procedure.

To do so, expats must file their last three federal tax returns (including claiming the most beneficial IRS exemptions for their circumstances), and file FBARs for each of the last six years in which they had qualifying foreign financial accounts. Finally, they must self-certify that their previous non-compliance was unintentional, rather than wilful evasion.