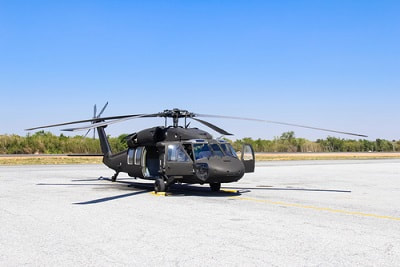 Because the US taxes based on citizenship rather than on residence, all American citizens and green card holders, including expats, have to file US taxes, wherever in the world they live.   To mitigate the risk of double taxation (expats having to pay taxes abroad as well as to the US) that the requirement raises, the IRS has put in place a number of exemptions that expats can claim when they file that reduce or in most cases eliminate their US tax bill.

Primary among these exclusions is the Foreign Earned Income Exclusion.

The Foreign Earned Income Exclusion allows Americans who live abroad to exclude up to the first around $100,000 (the exact amount is adjusted up each year for inflation) of their earned income from US taxation.

Furthermore, expats who earn over $100,000 and who rent a home abroad can also claim the Foreign Housing Exclusion, which lets them also exclude a proportion of their housing expenses.

To claim the Foreign Earned Income Exclusion and the Foreign Housing Exclusion though, Americans have to prove that their tax home is abroad, either by demonstrating permanent residence in another country, or by proving that they spend at least 330 days outside the US in a year.

These criteria often prove difficult though for American contractors working in combat zones, who may come and go without establishing permanent residency abroad and who often maintain a home back in the US.

“Under prior law, taxpayers who lived and worked in designated combat zones failed to qualify for the foreign earned income exclusion because they had an abode in the United States.” – Forbes

Contractors who are employed directly by the US military are able to not pay taxes on the income that they earned while working in combat zones, including in support roles in other countries. However this doesn’t help those many thousands of contractors who are employed by private firms (or freelancing), whether in security or supporting roles, or perhaps in reconstruction or humanitarian organizations.

However, tax relief for these privately employed contractors working in combat zones is now at hand.

To claim the Foreign Earned Income Exclusion, American contractors working in combat zones should file form 2555 when they file their annual return.

American contractors working in combat zones who are behind with their US tax filing can catch up while avoiding any IRS penalties under an amnesty program called the Streamlined Procedure.

The Streamlined Procedure is intended for American living abroad who are three or more years behind with their US tax filing and who weren’t aware that they had to file US taxes from abroad. Expats who are just one or two years behind can simply back file their missing returns.

It requires that expats file their last three tax returns, and up to their last six FBARs (Foreign Bank Account Reports, required by many expats who have foreign bank or investment accounts), and that they self certify that their previous failure to file was unintentional rather than willful avoidance