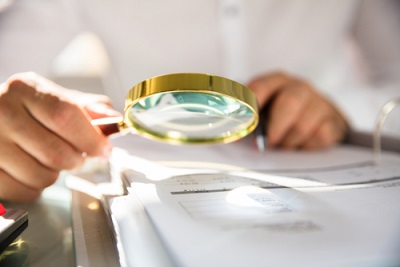 On May 20, the US Treasury released a proposal called the American Families Plan, which contains increased spending on childcare and education. The plan also contains an extensive Tax Compliance Agenda to help raise additional revenues to pay for the new measures at a time of unprecedented high levels of national spending and debt.

At the core of the Tax Compliance Agenda is a concept called the Tax Gap, which is the theoretical amount of money that the IRS is owed every year but doesn’t receive. The IRS estimates that the Tax Gap was nearly $600 billion in 2019, and that it will rise to $7 trillion over the next decade if left ‘unaddressed’.

The small print in the report goes on to say that these figures were calculated based on a survey of a few thousand taxpayers taken several years ago.

The American Families Plan Tax Compliance Agenda proposes that by investing more in the IRS over the next few years, the uncollected ‘Tax Gap’ revenue can be collected to help pay for the additional government spending outlined in the Plan.

The Tax Compliance Agenda announced an additional $80 billion IRS funding over the next decade to increase its ability to enforce tax collection. This funding would allow the IRS to grow by 10% a year, and it would be spent on four priorities:

– To hire and train more agents, including those who can audit complex international tax evasion structures

– To completely overhaul the IRS IT systems, which date back to the 1960s.

– To allow the IRS to compel financial institutions to provide more detailed account information than they currently do, including reporting payments into and out of Americans’ accounts as well as balances; the new IRS systems will have the ability to better collate this information with other information such as tax returns filed to identify unpaid taxes.

“According to Treasury analysis, the tax gap will rise to about $7 trillion over the course of the next decade if left unaddressed—roughly equal to 15% of taxes owed.” – the US Treasury

While overhauling the IRS IT systems is long overdue, it will be both good and bad news for Americans living overseas.

Good news because a major part of the upgrade is to provide better customer service, which as many expats know falls significantly short at the moment. The Agenda acknowledges that while 99% of Americans pay their taxes, taxpayers also struggle to communicate with and get information from the IRS, and it seeks to redress that.

On the flip side, the enhanced IT systems will allow the IRS to better process the information they receive from international as well as US banks and financial institutions, under FATCA, increasing its ability to enforce US tax filing globally, and including identifying American expats who aren’t filing US taxes from abroad.

The report also notes that better enforcement of cryptocurrency transactions will be a priority over the next decade. The IRS has already taken steps in this direction, announcing recently that offshore cryptos accounts will need to be reported on FBARs in the near future.

The report also makes it seems unlikely that Americans living abroad will be exempted from filing US taxes every year on their non-American source income any time soon, despite ongoing campaigning for this outcome by groups such as American Citizens Abroad.

Of course, whether the new IRS investment will in fact raise the additional revenue it seeks to close the Tax Gap is an open question.

All American citizens are required to file US taxes on their global income, even if they live abroad, including in countries where they pay foreign taxes or if there’s a tax treaty with the US in place. They also often have to report their foreign accounts, investments, and business interests.

When they file, they can claim credits and exclusions that most often mean they don’t end up owing any US tax.

American expats who weren’t aware that they have to file from abroad can catch up without facing penalties under an IRS amnesty program called the Streamlined Procedure, as long as the IRS doesn’t contact them first.