IRS Form 8965 – Everything US Expats Need to Know 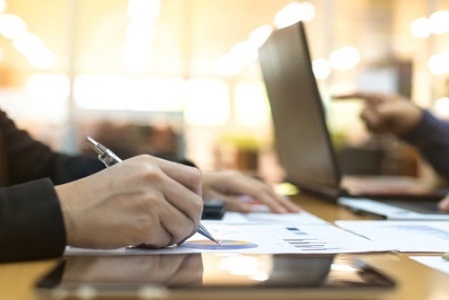 All Americans, including expats, are required to file US taxes every year, reporting their global income.

Tax Treaties don’t inherently prevent expats from having to file or pay US taxes. Instead, expats can claim IRS provisions to achieve this by filing additional forms when they file their federal return.

These provisions include the Foreign Tax Credit, claimable on Form 1116, which allows expats to claim US tax credits to the same value as foreign taxes that they’ve paid abroad. As many countries have higher income tax rates than the US, claiming the Foreign Tax Credit eliminates most expats’ US tax bill.

Another useful IRS exemption is the Foreign Earned Income Exclusion, which allows expats to simply exclude the first around $100,000 of their global earned income from US tax. To claim the Foreign Earned Income Exclusion, expats must file Form 2555. They must also prove that they are either a permanent resident in another country, or that they spent at least 330 full days outside the US in the tax year (or, for expats who moved from or back to the US mid-year, 330 days outside the US in the 365 day period either after or before their move, respectively).

The 2010 Affordable Care Act requires Americans to have health insurance (including their dependents), or have a health coverage exemption. Americans who didn’t, including expats, were until 2018 liable to pay a $600 penalty.

“Fifty-six percent of Americans think providing access to affordable health care coverage for all Americans is the responsibility of the federal government.” – CBS News

It’s rarely necessary though for Americans who live abroad to have US-based health coverage though (unless they have dependents there), so the law allows expats to opt out by filing IRS Form 8965.

The way it works is that Americans who meet one of the same two residence tests used to qualify for the Foreign Earned Income Exclusion, either by demonstrating permanent residence in another country (this is called the Bona Fide Residence Test) or by spending 330 days outside the US in a year (this is called the Physical Presence Test can tick a box on Form 8965 to be considered to have “minimum essential coverage” for that year, regardless of whether they have any healthcare coverage.

However, the 2017 Tax Cuts and Jobs Act reduced the $600 penalty for Americans who neither had health coverage nor an exemption to zero starting in year 2019. This has left the requirement to file Form 8965 in something of a legal limbo though, as it has also called into question whether expats will in fact have to file Form 8965 in future.

Debate is ongoing on future plans for US healthcare provision and legal requirements around it to try to resolve the situation.

Expats who are behind with their US tax filing because they weren’t aware of the requirement to file from abroad can catch up without facing penalties under an IRS amnesty program called the Streamlined Procedure, so long as they do so voluntarily before the IRS contacts them.

Expats with any questions about their US tax filing should contact an expat tax expert at the earliest opportunity.