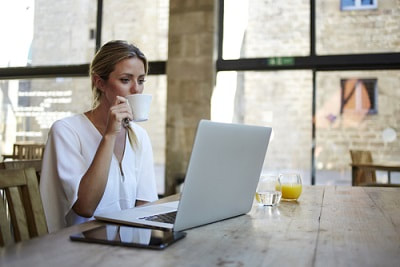 Expats are the new pioneers, forging out into the unknown on a journey of discovery and unforeseen opportunity. The desire for and ability to not just survive but thrive in new environments makes expats well suited to being entrepreneurs, explaining why millions of American expats choose to start their own business.   Americans are more or less unique among expats however in that they have to continue filing a US tax return from abroad.

To avoid double taxation, expats can claim one or more of the exemptions that the IRS has made available for them, such as the Foreign Earned Income Exclusion, and the Foreign Tax Credit. Expats always have to file and claim these exemptions though, as otherwise the IRS considers them to owe US taxes on their worldwide income, regardless of whether they’re also paying income tax abroad.

Expats may also have to report their foreign accounts and assets, as well as their business interests. We are often asked though regarding the status of expat entrepreneurs with relation to US self employment taxes.

On the face of it, self-employed expats are required to pay US self-employment taxes if they earn over just $400 a year, irrespective of where in the world their income is generated.

US self employment taxes are 15.3% of profit after legitimate expenses, comprising of 12.4% social security taxes and 2.9% Medicare tax.

There can be mitigating factors though, depending on each expat’s circumstances.

For example, expats who live one of the twenty-six countries with which the US has a Totalization Agreement may be exempt from paying US Social Security taxes if they are already paying them in the country where they live (or vice versa), while still being able to count the contributions they make as credits towards social security entitlement in both countries.

“The global expat community produces entrepreneurs because expats are, by their very nature, entrepreneurs. Expats are risk takers. We are forced to develop and perfect exactly the skills that starting a business requires.”
– Entrepreneur

Which country they pay to normally depends on how long they will be living in that country for, and is set out in each particular agreement.

Expat entrepreneurs in other countries may still face handing a significant chunk of their earnings to Uncle Sam in self-employment taxes though, even if they claim one of more of the available income tax exemptions mentioned above.

Some expat entrepreneurs set up a corporation to minimize US self-employment taxes. There are lots of factors to consider when going down this route though, including where to set up a corporation (whether in the US, in the country where they live, or in another, low or no tax country), additional US tax related reporting requirements that go hand in hand with having a corporation, and whether they will really benefit in terms of saving money.

However, a self-employed expat entrepreneur earning around $100,000 or less can legitimately avoid all US taxes by setting up a foreign LLC and then becoming an employee of it, as employees of foreign companies aren’t liable to pay US social security taxes, while all their earnings can be taken as income and excluded from US taxation if they claim the Foreign Earned Income Exclusion. Neither will they have any profits left over to pay corporate taxes on.

This strategy does leave expats with costs relating to maintaining US reporting compliance, but these will be much lower than taxes would otherwise be.

Digital Nomads, expats who roam from country to country working online, may in fact avoid paying any tax anywhere this way if they avoid staying in any single country long enough to invoke tax residency there, while establishing their foreign LLC in a country that only taxes income earned in that country.

Expat entrepreneurs who are behind with their US tax filing can catch up under an IRS amnesty program called the Streamlined Procedure.

To do so, they must file their last three tax returns, their last six FBARs (if applicable), and self-certify that their previous failure to file wasn’t willful evasion.