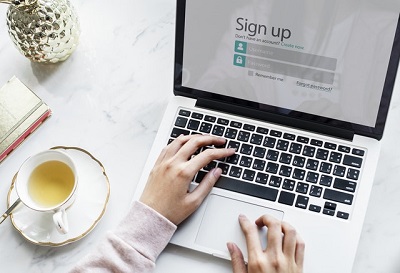 “It remains uncertain whether the IRS would or could effectively pursue those residing outside the United States in any realistic manner.”

“Could the government actually carry their burden of demonstrating that the taxpayer “willfully” violated the FBAR filing requirements?” …

U.S. taxpayers residing in the United States having previously undisclosed interests in foreign financial accounts and assets have been seeking participation in the current IRS offshore voluntary disclosure program (the OVDP which began in 2012), modeled after similar voluntary disclosure programs in 2009 and 2011. Others have bypassed the OVDP and simply amended returns or begun filing accurate returns on a prospective basis. Many residing outside the United States have been watching, with mixed emotions, the treatment of those who are participating in the OVDP, have filed amended or delinquent returns and/or FBARs or have sought some other method of coming into compliance.

Recently, the Government Accountability Office (GAO) issued a report based on a review of the 2009 OVDP (IRS Has Collected Billions of Dollars, but May be Missing Continued Evasion, GAO-13-318, March 27, 2013). Seehttp://www.gao.gov/products/GAO-13-318 In part, the GAO recommended that the IRS explore different methodologies to evaluate filed amended returns outside the OVDP that have the potential to include reporting of interests in foreign financial accounts. The GAO Report asserts that a failure by the IRS to identify and pursue “quiet disclosures” will undermine the integrity of the OVDP and the incentive of others to participate in the IRS offshore programs.

It should be anticipated that the IRS will review and/or pursue examinations of the amended returns of taxpayers residing in the United States to some degree. It remains uncertain whether the IRS would or could effectively pursue those residing outside the United States in any realistic manner. It should also be acknowledged that there remain viable alternatives to the OVDP, including the voluntary disclosure practice of the IRS set forth in Internal Revenue Manual 9.5.11.9 [see Example 6(A)], Section 4.01 of the Criminal Tax Manual for the U.S. Department of Justice, and Section 3, PolicyDirectives and Memoranda, Tax Division of the U.S. Department of Justice.

Taxpayers participating in the OVDP generally agree to file amended returns and file Forms 90-22.1, Report of Foreign Bank and Financial Accounts (FBARs) for eight tax years, pay the appropriate taxes and interest together with a 20% accuracy related penalty and an “FBAR-related” penalty (in lieu of all other potentially applicable penalties associated with a foreign financial account or entity) of 27.5% of the highest account value that existed at any time during the prior eight tax years. The OVDP does not have a stated expiration date but can be terminated by the IRS at any time as to specific classes of taxpayers or as to all taxpayers. See www.irs.gov for further and more specific information regarding the OVDP.

BSA – Under the Bank Secrecy Act, U.S. residents or a person in and doing business in the United States must file a report with the government if they have a financial account in a foreign country with a value exceeding $10,000 at any time during the calendar year. Taxpayers comply with this law by noting the account on their income tax return and by filing the FBAR. Willfully failing to file an FBAR can be subject to both criminal sanctions (i.e., imprisonment) and civil penalties equivalent to the greater of $100,000 or 50% of the balance in an unreported foreign account, per year, for up to six tax years. FBARs for 2012 must be received by June 30, 2013 – without the possibility of an extension.

OVDP Letter Revisions – Participation in the OVDP begins by providing IRS Criminal Investigation (CI) with the taxpayers name, address, taxpayer identification number and date of birth. No other information is required nor should additional information be provided at least until issuance by CI of a “pre-clearance letter” indicating that the taxpayer has been pre-cleared into the OVDP. Thereafter, taxpayers proceed with a more complete disclosure in the form of a summary letter with attachments known as the Offshore Voluntary Disclosure Letter. This letter is in the process of being updated and revised into IRS Forms 14457 and 14454. A CI clearance letter is typically issued following submission of the Offshore Voluntary Disclosure Letter and taxpayers then submit amended income tax returns, FBARs, a penalty worksheet and related account information.

Participating in the OVDP and Opt Out Considerations. There are various considerations before a taxpayer should determine whether to pursue a voluntary disclosure of prior tax indiscretions through the OVDP, through amending or filing delinquent returns or in some other manner. When reviewing the OVDP, many look to whether the taxpayer might be considered a realistic candidate for a criminal prosecution referral by the IRS or prosecution by the Department of Justice. (If so, the determination to participate is relatively quick and easy). Is there a possibility of reducing that prospect by simply filing amended or delinquent returns and FBARs for the 3-6 previous tax years in lieu of a direct participation in the OVDP? Is there a possibility of reducing that prospect by simply filing accurate current returns and remaining in compliance going forward? What would be the potentially applicable civil penalties upon an examination of such returns and FBARs? Could the government actually carry their burden of demonstrating that the taxpayer “willfully” violated the FBAR filing requirements? Since the OVDP asserts an offshore penalty based on foreign financial accounts and asset valuations, for many with smaller financial account values the aggregate offshore penalty determination, even for multiple years, is actually less outside the OVDP. Also, inclusion of foreign assets for those residing in the ”foreign” country in the OVDP penalty computation simply makes no sense.

The IRS has recently afforded those indicating a desire to opt out of the OVDP with the opportunity to provide a “reasonable cause letter” explaining why they should be subjected to some lesser penalty than as set forth in the OVDP. The decision to opt out must take into account all relevant facts and circumstances as well as the possibility of expansive IRS discretion to perform examinations over a period including more than the eight tax years covered by the OVDP. However, expansion of an examination beyond the most recent eight tax years for those opting out of the OVDP presently seems unlikely.

Before opting out, taxpayers should carefully review the recent court decisions in United States v. Williams, No. 10-2230 (4th Cir. 2012) and United States v. McBride, No. 2:09-cv-00378 (D. Utah 2012) on the issue of determining “willfulness” for assertion of the more significant FBAR penalties (of up to 50% of the account balance, per year). Although the underlying facts in each case were certainly not the best, the courts might not lightly view those with considerable financial resources who fail to inquire about their potential reporting requirements associated with various interests in foreign financial accounts.

Participants in the OVDP who reside in the U.S. should consider the possibility of “opting out” of the program but ONLY if their facts are unique. Having inherited funds in a foreign financial account, without more, might not be considered deserving by the IRS of some lesser penalty regime. Opt out considerations for U.S. residents often include the source (taxable or not) and amount of funds, how long the account has been maintained, whether there were withdrawals or deposits into the account or the account was moved to another foreign financial institution at some point, whether the taxpayer’s advisors had some degree of knowledge about the account (or whether the existence of the account was concealed from the taxpayer’s advisors), whether the foreign financial institution was instructed (directly or indirectly) to “hold mail” associated with the account (instructed to not send information to U.S. accountholders regarding the account), the sophistication and education of the taxpayer, whether foreign entities were involved as accountholders, etc.

Remaining in the OVDP can be economically oppressive given the penalty structure, but OVDP participation avoids exposure to numerous additional potential penalties associated with the income tax returns and various required foreign information reports. It may avoid an examination which can be expected to include interviews of the taxpayer and their return preparer. It limits the number of tax years at issue while also providing certainty with respect to the avoidance of a referral to the U.S. Department of Justice for criminal tax prosecution.

For those residing in the U.S. having significant issues who happen to be discovered before any voluntary disclosure submission, the results can be troubling. Whether through the OVDP, simply filing amended or delinquent returns and FBARs or pursuing some other avenue to compliance, all should be encouraged to get into compliance with their applicable filing and reporting requirements.