Is There a Foreign Tax Credit Limit? 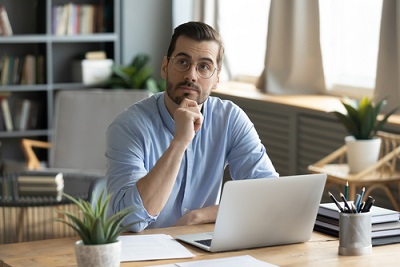 This is because the US taxes based on citizenship and regardless of residence.

As a result, expats have to file a US federal tax return every year reporting their worldwide income. To avoid US taxation on their foreign earned income, and as set out in the international tax treaties the US has signed, when expats file they can claim the US Foreign Tax Credit.

The US Foreign Tax Credit

Claiming the Foreign Tax Credit allows American expats who pay foreign taxes in their country of residence to claim US tax credits to the same value as the foreign taxes they’ve paid. By reducing their US tax bill this way, they won’t pay more tax in total than the higher of the two countries’ tax rates.

Many foreign countries have higher income tax rates than the US, and expats living in these countries who claim the Foreign Tax Credit won’t have any US tax to pay, and furthermore they will have more US tax credits than they need to eradicate their US tax bill. They can carry these excess tax credits forward for up to ten years, or back a year, which can be useful in circumstances such as on the realization of a capital gain.

Expats who live in a country with a lower income tax rate than the US will have to pay some top up US tax after claiming the Foreign Tax Credit.

To claim the Foreign Tax Credit, expats must file Form 1116 when they file Form 1040. Expats have an automatic extension until June 15 to file, although they must pay any US tax they owe by April 15, even if an estimated amount.

They can request a further extension until October 15 should they need to.

Is there a Foreign Tax Credit Limit?

Many Americans abroad wonder whether there’s a limit on the amount of foreign tax credits they can claim.

This is normally because there is another IRS provision called the Foreign Earned Income Exclusion, which is an alternative that Americans living abroad can claim to reduce their US tax bill, and which does have an upper limit.

Whether an expat is better off claiming the Foreign Tax Credit or the Foreign Earned Income Exclusion depends on their wider circumstances – personal, family, their location, and their income types and amounts.

Filing from abroad is more complicated than filing in the US, due to additional forms and choices, often foreign currency conversions, and often additional reporting obligations relating to foreign accounts and holdings under FBAR and FATCA rules, too.

Americans living abroad who are behind with their US filing because they weren’t aware of the requirement to file from abroad can normally catch up under an IRS amnesty program called the Streamlined Procedure, so long as they do so before the IRS contacts them.

It’s always worth expats seeking advice though, to ensure that they file in their best interests and achieve their best outcome.