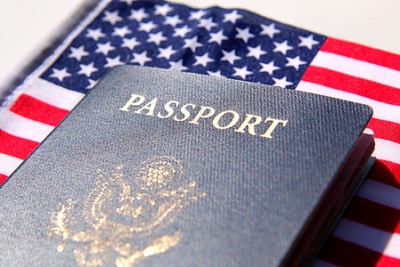 When American expats who have moved abroad permanently discover that being an American citizen means still filing US taxes on their worldwide income from abroad, some consider renouncing their US citizenship.

It’s a serious and irreversible step to take though. Furthermore, it’s rarely simple to achieve, and it can be very expensive. For example, you need to be a citizen of another country first. In this article we look at some of the factors involved.

The Pros of renouncing US Citizenship

Several thousand people give up US citizenship every year, and the primary reason that they do so is to avoid US filing and reporting requirements.

Americans who have settled abroad permanently often have to file two sets of tax returns, in the country where they live, and to the US. To avoid paying taxes twice on the same income, they have to claim tax credits, or otherwise claim a measure such as the Foreign Earned Income Exclusion. The costs of maintaining compliance in both tax systems can be high.

The major benefit of renouncing US citizenship is to be free of the filing and reporting requirements that it entails.

The Cons of renouncing US citizenship

Many expats aren’t aware that they have to be fully US tax compliant before they can renounce US citizenship, so renouncing isn’t a way of avoiding past US taxes.

“The worldwide income of U.S. citizens is subject to U.S. taxes regardless of whether they live here. The only other nation that does this is Eritrea in Africa.” – Forbes

Most expats don’t end up owing any US tax once they’ve claimed foreign tax credits anyway, so the only costs are that of help with filing.

There’s a one-off $2,350 fee to renounce, while wealthier expats also have to pay an Exit Tax, which is calculated similarly to a capital gains tax on their worldwide assets if they’d sold them the day before they renounced. The Exit Tax is imposed on anyone with a net worth over $2million, or who has had an average US income tax bill of over $171,000 for the last 5 years. (The first $735,000 of assets are exempt).

After renouncing, expats will of course also lose the benefits of US Citizenship, including automatic entry into the US and the right to vote and live or work in the US in the future.

Furthermore, it should be noted that most other countries have higher taxes than the US anyway, so Americans thinking of moving abroad and then renouncing will have to ensure that they move somewhere with lower taxes to benefit, if they renounce to pay less tax.

Whether it’s worth renouncing US Citizenship depends entirely on each expat’s circumstances and motivations.

It can make sense to someone who has moved abroad permanently, has citizenship of another country, is up to date with their US tax filing but wants to avoid the future hassle, and who has no ties or close family in the US. For most other expats though, the costs and disadvantages outweigh the benefits.

Whatever your circumstances, it’s always worth consulting a US expat tax specialist CPA, who can formulate an optimum, personalized strategy.

Expats who are behind with their US tax filing may be able to catch up without facing penalties under an IRS amnesty called the Streamlined Procedure.